Trade in Your Wind 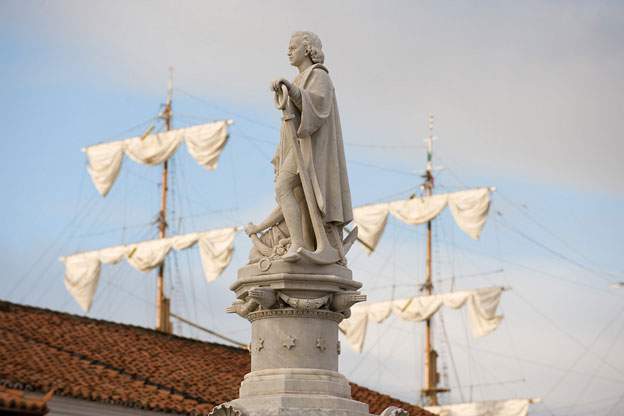 Does the wind have anything to do with the rotation of the earth?

The answer is: very much so!

Centuries ago people had already noticed there was a consistency to the way major wind patterns blow. Christopher Columbus, for example, took advantage of a constant wind that blows from east to west, later called the "trade wind" because it was exploited to great advantage in trade between Europe and the colonies. On the way home he went north until he found a steady wind that blows the other way, now called the "westerlies." Unlike winds that blow briefly during thunderstorms, these wind patterns are always there. Why should this be so?

In the 18 century a British scientist named Edmund Halley showed that the fact that the earth receives more heat at the equator than elsewhere causes more hot air to rise up around that region. Cooler air from the north and south gets pulled in to replace the rising hot air. The hot air itself is pushed north and south, cools, and falls down again, keeping the cycle going.

That explains why wind blows constantly, but shouldn't it just be going north and south?

This puzzled Halley, but another man named George Hadley came up with the answer: the air coming from the poles would blow directly north and south if the earth weren't turning. But because of the earth's rotation, we turn into these winds, so that the end result is they appear to be blowing from the northeast instead of the north, and the southeast instead of the south.

It's the spinning earth and the heat of the sun that create trade winds and westerlies!