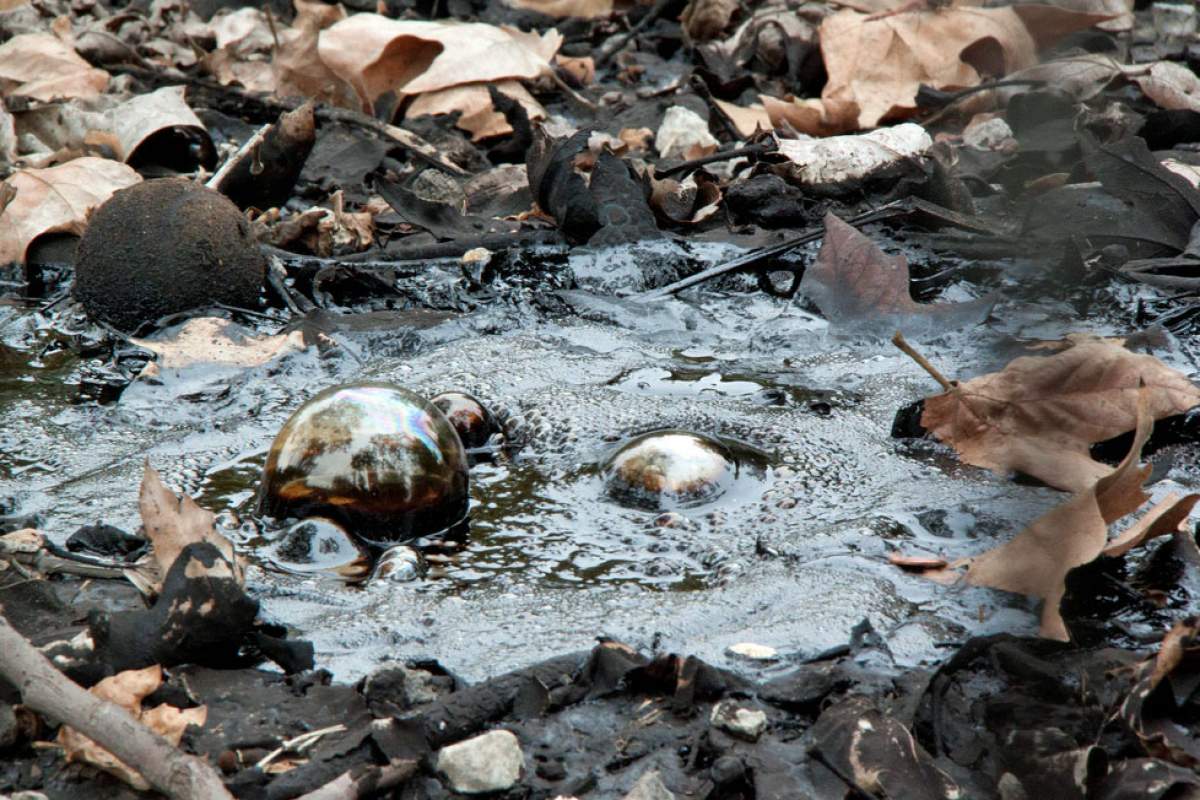 Did you know that hydrocarbons might have been a prehistoric health problem in California?

Ancient Chumash people were using tar balls made of sticky bitumen to caulk seams of boats, waterproof baskets, and make casts for broken bones. Some even chewed it like gum.

Today, we know that bitumen is a source of polycyclic aromatic hydrocarbons or PAHs found in oil, coal, and tar. PAHs can cause infertility by killing eggs, and stunt fetal growth by damaging DNA.

Scientists wondered if being exposed to PAHs caused the Chumash health problems. To find out, they first examined tar balls from beaches and the La Brea tar pits. They identified forty four PAHs, including many known carcinogens.

Since PAHs can stunt growth, they turned to the Chumash's bones for answers. They measured nearly 270 skulls recovered from burials over an eight thousand year period on Santa Cruz and Santa Rosa islands. Over the generations, both men's and women's skulls decreased in size about ten percent. Leg length declined over the same period.

Many environmental factors can affect health, so for now, the "tar ball/stunted growth" idea is just a hypothesis. Scientists plan next to analyze the bones for PAHs to see if they were incorporated into the bone. That will give them a better idea if the PAHs had any direct influence.