Tooth Decay Is A Real Problem In The U.S. 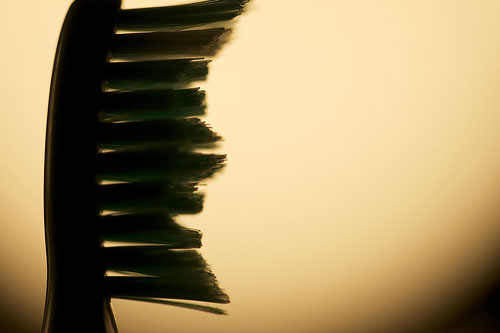 Even with advances in dental science, tooth decay is still a problem in the U.S.

One quarter of children and two thirds of teens have problems with cavities. Over a quarter of adults over the age of sixty five have lost all of their teeth.

The mouth has a natural way to combat tooth decay. Saliva. But saliva can't protect teeth entirely, especially when a person eats a lot of sugary and high carbohydrate foods.

Bacteria eat those foods and grow into colonies, mixing with other microscopic organisms, viruses, food and body tissue to form a soft gooey substance called plaque. Once the bacteria have settled in, they produce acids that eat away at tooth enamel until a hole or cavity forms.

Along with regular dental visits, water and toothpaste fluoridation have helped strengthen enamel and reduce cavities. Some dentists use plastic sealants to protect children's teeth. But no one has been able to restore enamel once it's lost.

That's because the cells that produce enamel, called ameloblasts, stop working once all the teeth have formed.

Geneticists have found a number of genes that control enamel formation. One study examined a family in which some members had a condition that leads to weak enamel, called Amelogenesis Imperfecta or AI for short.

Family members with AI had a mutation of the gene FAM20A, suggesting it might be controlling ameloblast growth. Work with mice confirmed that the gene was associated with the enamel-building cells.

Building tooth enamel is genetically complex and scientists have more research ahead, but the future looks promising. They hope to find the genes that will regrow ameloblasts and enamel. Cavities could be a thing of the past.