What Is A Toadfish? 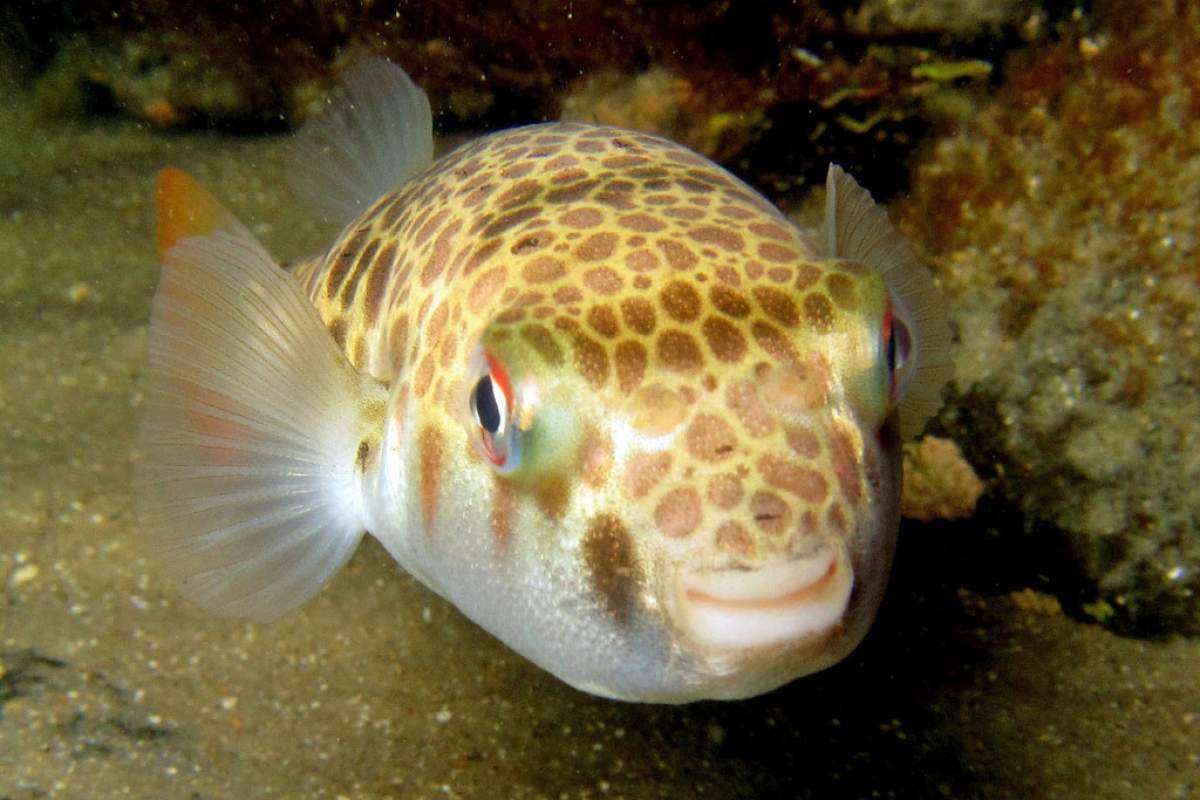 Toadfish do look a bit like toads. They have a large mouth and eyes toward the top of their heads. They live in sandy and muddy marine habitats where they wait for their prey to swim past.

Then, gulpthe prey is eaten. Most toadfish don't have scales, but some species are equipped with poisonous spines. Others have glowing photophores. One species was taken on a space shuttle mission to study balance.

Biphonic means they can make two sounds at one time. Scientists knew that birds were able to do this because they have two syrinxes, or larynxes. The three spined toadfish uses a similar trick. You see, unlike most fish, the three spined toad fish has a double swim bladder.

Swim bladders are filled with gas to keep fish buoyant, but can be used to make sound by contracting muscles around the bladder. In their case, each bladder is controlled by a separate set of muscles and nerves and can act independently.