For The Tungara Frog, Two Cues Are Better Than One 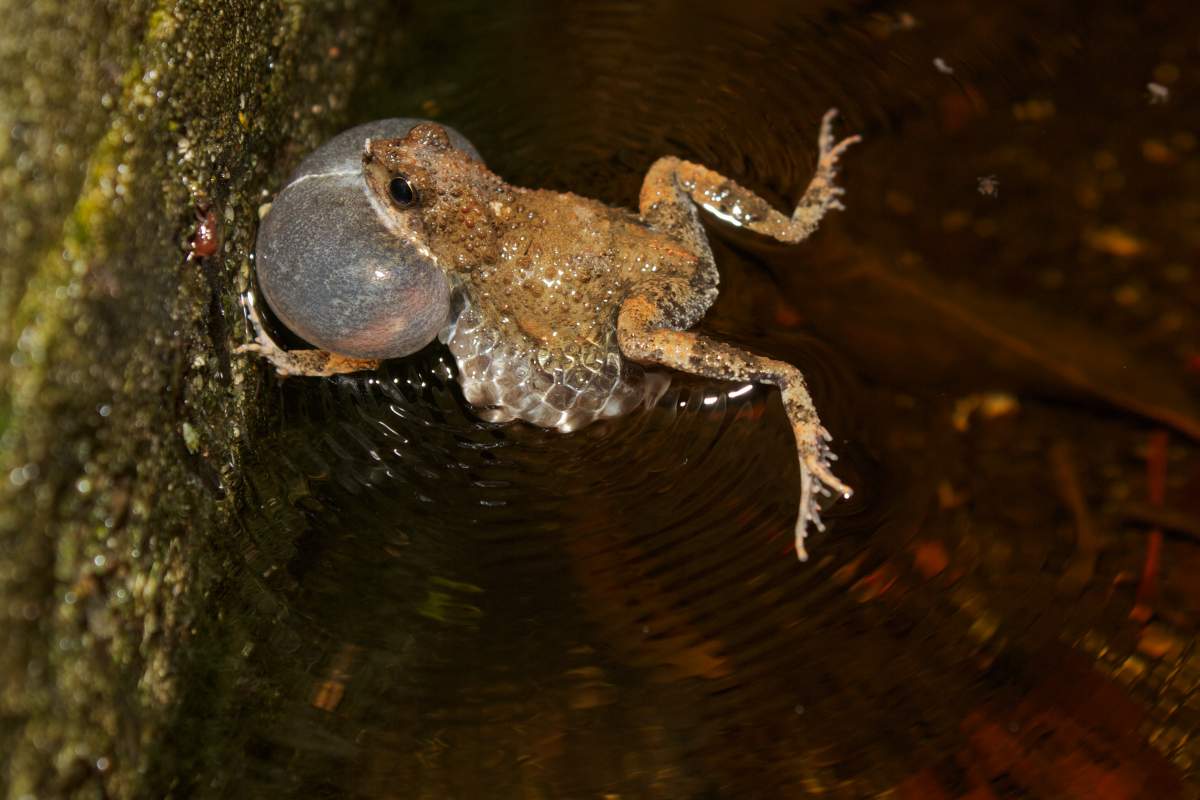 The senses are noisy, ambiguous and uncertain sources of information about the world. One way that our perceptual systems overcome this problem is by combining information from more than one sense.

Merging Of The Senses

When we listen to someone speak, for example, we can use their lip movements to help us understand what they are saying. If the lip movements in a video are altered, identical speech will be interpreted differently, a phenomenon called the McGurk effect.

Recently, Dr. Michael Ryan of Salisbury University in Maryland and Dr. Ryan Taylor of the University of Texas at Austin have found evidence that another animal the tÃºngara frog also relies on this sensory merging to find its bearings in the world.

Sight And Sound In The Tungara Frog

The tÃºngara frog is a small frog found in central America. Males of the species use loud mating calls to attract females that consist of a whine sometimes followed by up to seven chucks. During these calls, males inflate enormous vocal sacs located on the undersides of their chins a sight that should be visible to females from a distance.

Curious as to whether visual cues could interact with auditory cues to affect the female's mate choices, the researchers built a robot frog complete with an inflatable vocal sac. As it turned out, the female preferred a call coming from the direction of the visible robot over a call played alone. Thus, it seems very likely that female tÃºngaras integrate sight and sound when deciding on a partner.

Perhaps Ryan and Taylor's most intriguing finding is that non-optimal visual stimuli can act to "rescue" non-optimal calls, which researchers simulated by increasing the time between the whines and the chucks. Not surprisingly, females were found to strongly prefer normal calls over altered ones.

The surprise came when investigators combined the altered call with an abnormal visual stimulus in which the robot frog's vocal sac expanded during the silence between the whines and chucks. It ended up being just as attractive as the normal call presented alone.

In the wild, the female frog often faces a cacophony of sounds. She might hear multiple males at once, not to mention other random noises. Humans face similar problems when they try to follow a conversation amidst the hubbub of a cocktail party. Given these complexities, the female tÃºngara's response makes sense. Though abnormal, a signal containing both an auditory and a visual component is more probably due to a real calling male than a signal containing sound alone.