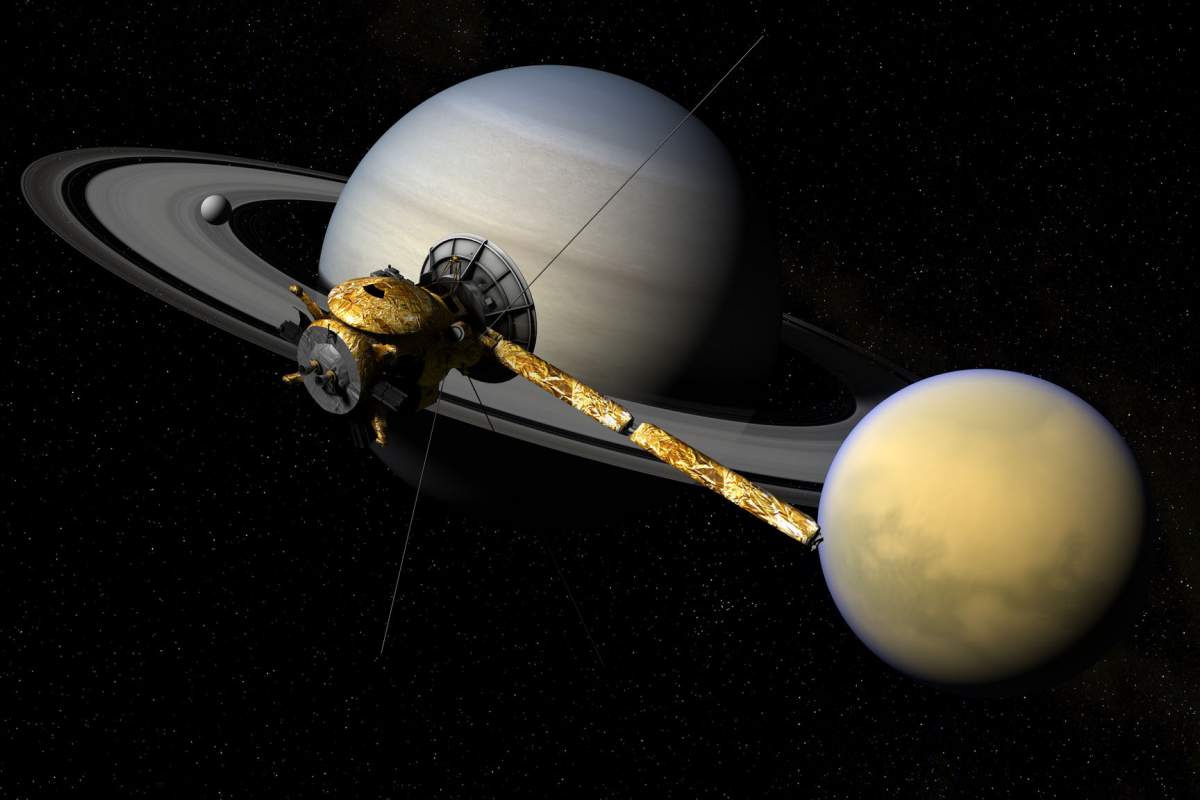 Saturn's largest moon, Titan, is almost as large as Mercury, and has an atmosphere as dense as Earth's. Some astrobiologists are excited about the possibility of life there.

The idea of looking for possible life on Titan seems strange. Titan is ten times as far from the sun as Earth is, and its surface temperature is almost three hundred degrees below zero Fahrenheit. Any water there is frozen as hard as rock, and life, as we know it, requires liquid water.

While Titan doesn't have liquid water on its surface, it does have lakes and rivers of liquid methane. Some of the lakes are as large as the Midwestern Great Lakes. Researchers have argued liquid methane might substitute for liquid water in an alien form of biochemistry for Titanian life.

There are some reasonable arguments against the possibility of liquid methane being able to perform the same functions as liquid water for life. Consider all the membranes that surround living cells; they're made of phosolipid molecules.

"Titan's atmosphere is thought to be similar to early Earth's."

Besides that, the phospholipid molecules would be too stiff with cold to form a flexible membrane.

In 2015, a team of chemists using computer simulated chemistry showed that a substance called vinyl cyanide could form flexible membranes-like the ones that phospholipid molecules form in water-when it dissolved in liquid methane.

Astronomers using a radio telescope in Chile reported discovering the signature of vinyl cyanide in Titan's atmosphere in 2017. And that's why astrobiologists are excited about the possibility of life on Titan.