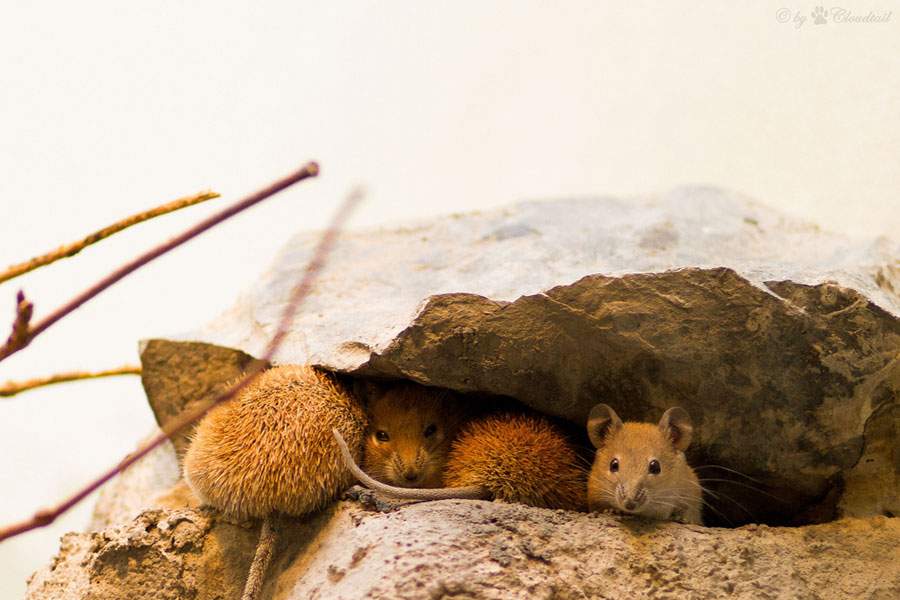 Have you heard the saying "she was so scared, she nearly jumped out of her skin?" Well, today's A Moment of Science is about a creature who lends a whole new meaning to the phrase.

Here's the story. A group of researchers heard about an African mouse that could lose its tail and large patches of skin as a defense mechanism. This type of spontaneous shedding is almost unheard-of in mammals.

The team tracked down some mice in Kenya. They learned that the skin of this escape artist species tears twenty times more easily than the skin of an ordinary lab mouse. When attacked, these mice can squirm around and basically rip themselves out of their own skin. Sure, they leave patches behind with the predator, but they live to tell the tale.

Now, if you're going to rip off your skin regularly, it's helpful if you can also grow it back. And that's just what the African spiny mouse does. Its wounds heal incredibly quickly, and it fully regenerates the cartilage, skin, and hair that it's lost. Within about a month, instead of being covered in scars like most mammals would after being partially skinned alive, this mouse is as furry as ever.

There are striking similarities between the cell regeneration process in the African spiny mouse and species such as the salamander which can regrow full limbs. Those animals form what's called a "blastema"a cluster of versatile cells that can grow into different kinds of tissue.

The discovery of a mouse with this blastema style healing ability is promising for the future of human tissue reconstruction. After all, if one mammal can regrow its skin and hair, maybe there's a way we can, too!