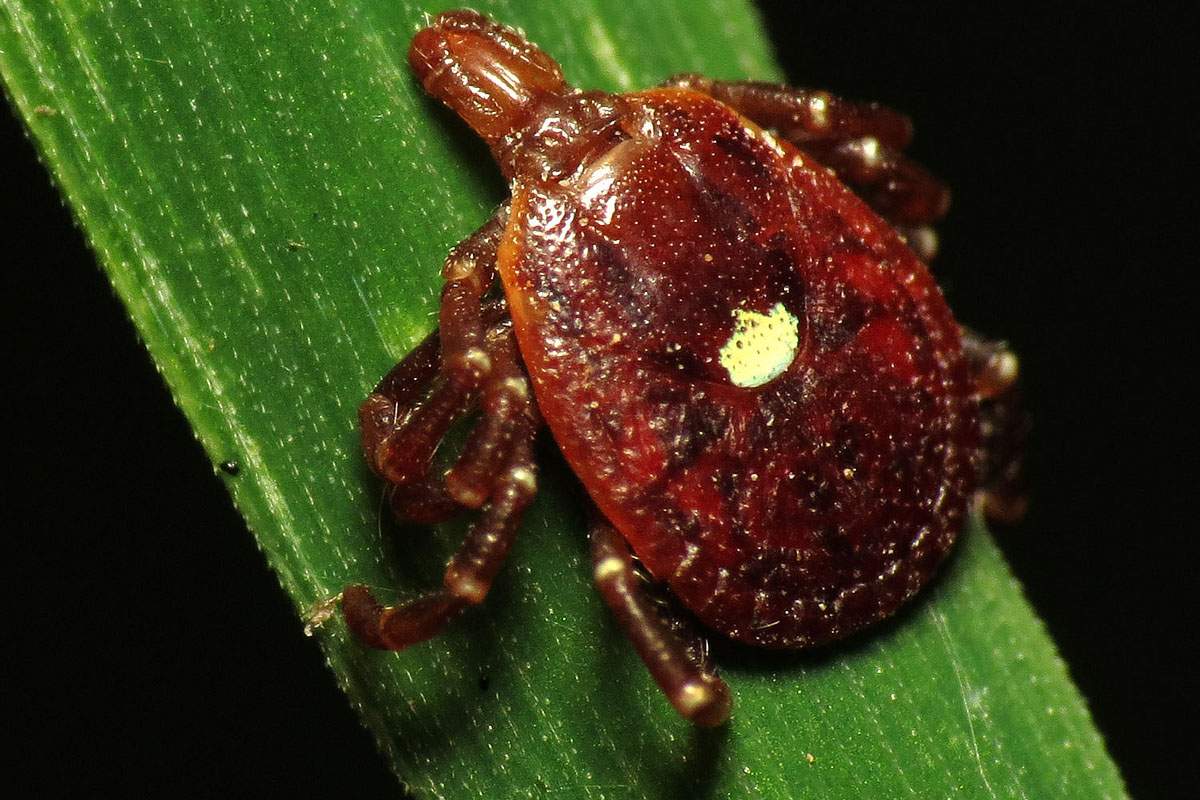 Lone star ticks (Amblyomma americanum), located in the Appalachian area of the United States, are responsible for an increasingly prevalent red meat allergy. Because of the warming climate, these arthropodsâ€˜ habitat is expanding.

When people are bitten by Lone star ticks, they could develop an allergy to a sugar which coats some proteins, called galactose-alpha-1,3-galactose, or "alpha-gal."

Alpha-gal is typically found on proteins in fatty red meats. Lone star tick saliva contains alpha-gal. When the human bodyâ€˜s immune system reacts against a tick bite, it reacts against alpha-gal as well by developing an allergy to the protein.

An allergy is when your body reacts to a foreign substance. Severity can range from minor irritation to anaphylaxis, a potentially deadly symptom. Most allergies canâ€˜t be cured. But treatments can help relieve some symptoms.

Lone Star Ticksâ€˜ name come from their appearance. They have flat, round bodies and a single white spot on their back, which is what "lone star," refers to. (Katja Schulz)

The correlation between the red meat allergy and tick bites was discovered in a study by Dr. Scott Commins. He and his associates were investigating why patients receiving a certain cancer drug that contains alpha-gal were experiencing allergic reactions. But only patients in the southeast region of the United States seemed to experience this.

Researchers found a connection between the meat allergy and ticks after aligning maps of cases of Rocky Mountain Spotted Fever and the allergy. Rocky Mountain Fever is spread by ticks.

Also, one of the researchers went on a hike, was bit by ticks, and then developed a meat allergy.

People afflicted by the alpha-gal allergy usually experience delayed symptoms, which involve itching and hives, followed by lightheadedness, diarrhea and vomiting. These symptoms are delayed because it takes the body longer to process fatty foods.

Initially doctors recommend people who exhibit these symptoms to avoid all fatty meat and dairy products, such as steak, bacon and ice cream.

There are over 5,000 cases of alpha-gal allergies triggered by Lone Star Tick bites according to Dr. Commins.

An allergy to red meat is just one ailment spread by ticks. Ticks spread more viruses and bacteria than any other arthropod.

An arthropod is an invertebrate with an exoskeleton, segmented body, and paired jointed appendages. This includes insects, arachnids, and crustaceans.

Infection from tick-borne infection is increasing in the United States, and so is their geographic region.

Increasing temperature is the root cause of ticksâ€˜ expanding habitat. They travel with the animals they feed off. So when an animal like the white-tailed deerâ€˜s region expands, so does the deer tickâ€˜s.

The deer tick, American dog tick, and Lone Star tick spread a majority of tick related disease in the US.

Deer ticks are found in the northeastern and upper midwest of the US. They spread Lyme disease, babesiosis, anaplasmosis, and Powassan disease.

Lone Star Ticks, located in the eastern and southeastern US, spread tularemia.

Why Do Ticks Spread Disease so Easily?

Ticks are parasites, so they feed on blood in order to reproduce. They can attach themselves to inflected animals. Then, when they take their next blood meal, they spit their saliva into the animal theyâ€˜re feeding on, spreading infections from previous meals.

Adult female ticks can feed on a host for multiple days, picking up pathogens their host comes into contact with.