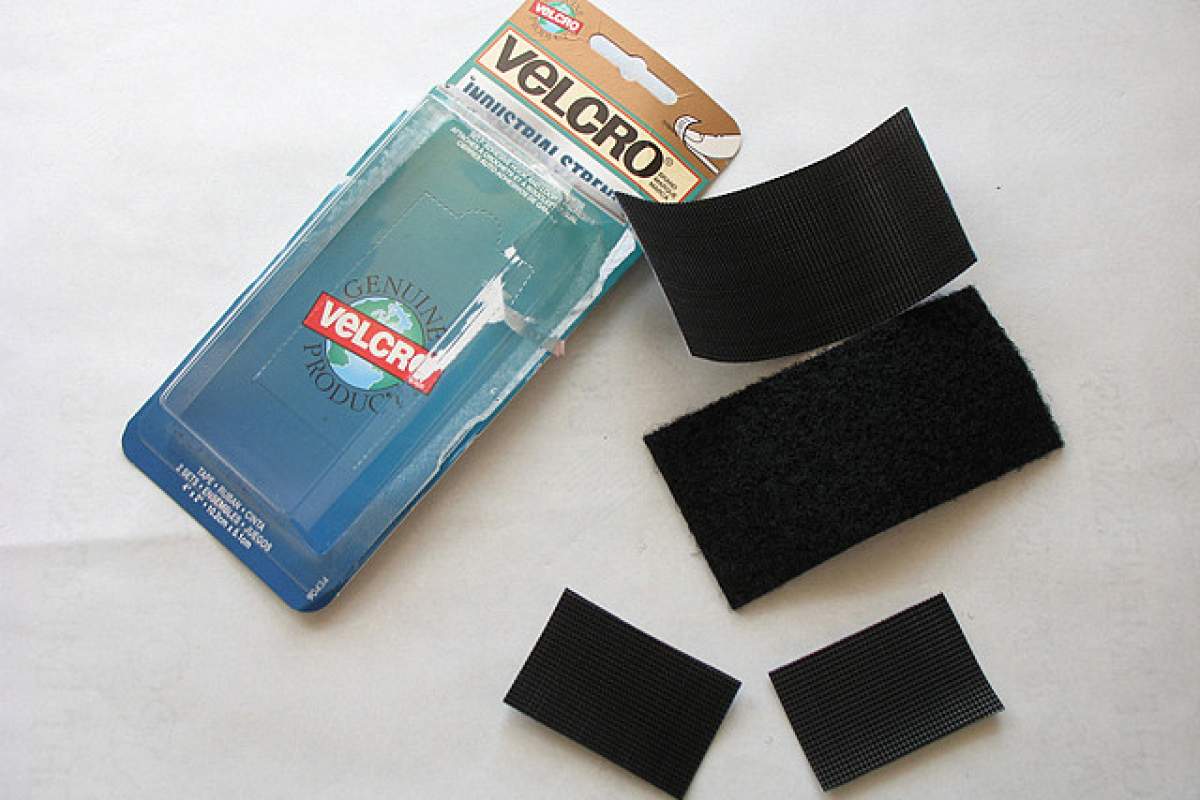 Velcro was invented in 1948 by a Swiss guy named George de Mestral. One day after walking his dog through a field, he noticed burrs stuck to his pants and to the dog's fur. De Mestral was something of an inventor, and the burrs gave him an idea. Looking at them under a microscope, he saw that they had hundreds of tiny hooks.

The hooks latched on to loops of thread on his pants, allowing the burrs to cling tightly to the fabric. So, de Mestral invented an artificial burr-like material with woven hooks, and a fuzzy material with loops for the hooks to grab on to. Otherwise known as a "hook and loop fastener", when pressed together the materials fastened like burrs on dog fur.

Wondering why it's called Velcro? Well, it's a trade name which is a combination of the French words velour, meaning velvet, and crochet, meaning hook.