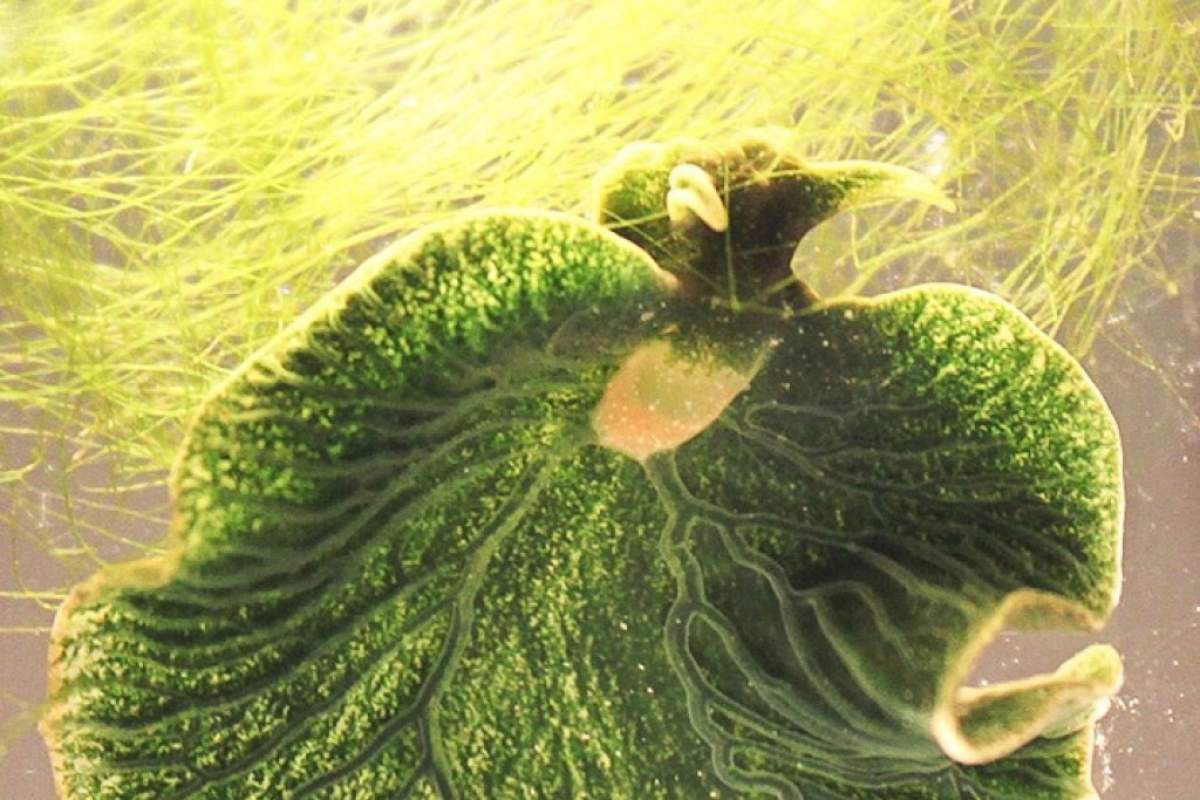 All living things use energy to maintain their metabolic processes and stay alive. Animals get the energy they need from the chemical energy contained in their food.

Plants and single-celled algae, on the other hand, capture the energy of sunlight through the process of photosynthesis. This process takes carbon dioxide and water to manufacture sugars that store solar energy as usable chemical energy.

Or at least that's what you probably learned in your introductory biology courses. But as with most things, there are outliers. There is an animal that can use solar energy to meet its needs.

In 2018, an international team of scientists published their surprising findings about a species of sea slug, called Elysia chlorotica, found off the east coast of the United States and Canada.

Elysia eats a type of brown algae. The photosynthetic machinery of the algae cells is contained in compartments called plastids. The slug doesn't digest these plastids. Instead, they continue to photosynthesize in the slug's body, working to supply it with energy.

It's normal to be skeptical. Researchers know that other species of sea slugs store plastids too. But, they think those sea slugs are just holding them for later digestion.

The new study showed that Elysia can live for eight months on nothing but sunlight. It also showed that this species turns on special genes that keep the plastids from being digested, and that make use of their photosynthetic products.

This is an important finding. It could help researchers trying to develop artificial photosynthesis as a way for humans to harness solar energy.

Thank you to Miguel Mies of the University of Sao Paulo, Brazil for reviewing this episode's script.