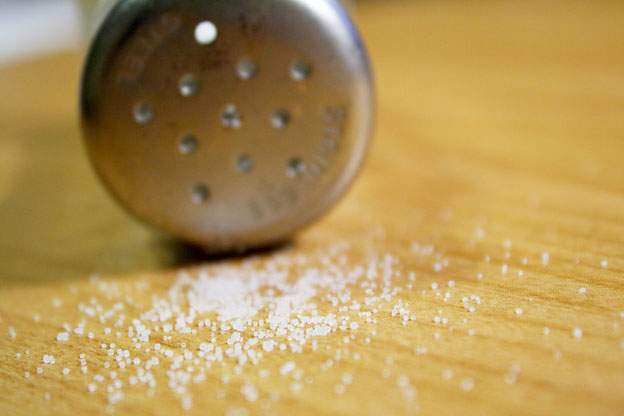 Where does ocean salt come from?

For billions of years, rain, rivers and waves have eroded rocks and soil, rinsing the sediment into the ocean. While other compounds are easily absorbed by reactions with ocean plants or animals, salt is not very reactive, and tends to float free in the water.

If salts are constantly washing into rivers, lakes and oceans, why aren't inland lakes salty as well?

Freshwater lakes do have some dissolved salt, but seawater has about 220 times more! The ocean is so much saltier because it's older, and salt has washed into it from lakes and rivers all over the globe for billions of years.

Early in geological time, the oceans were just slightly salty, but as rivers added salt over the millennia, the salt became more concentrated as water evaporated. When heat from the sun evaporates water, it leaves behind most of the dissolved salt in the ocean.

Then the water vapor forms clouds and rains down again on earth, washing even more salt into rivers that eventually flow into the sea.

If the oceans have become saltier over time, you may wonder if they're still getting saltier today. The answer is no. In fact, geochemists believe that the saltiness of the ocean has remained fairly stable for about 100 million years! This is because the ocean now gains and loses salt at about the same rate.

How does the ocean lose salt? Each year, billions of tons of salt are deposited as sediment on the ocean floor.