The Massive Migration Of The Hoverfly 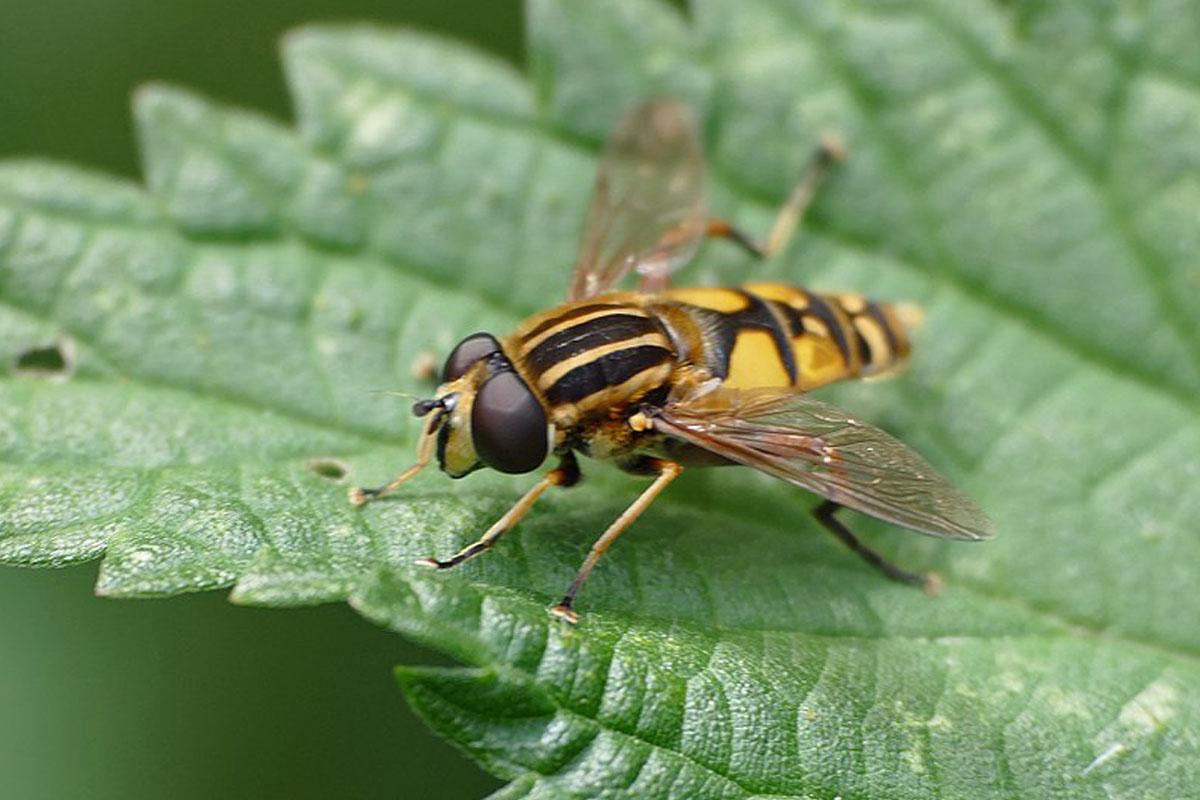 What do wildebeest, humpback whales and Canada geese all have in common? They all partake in huge migrations as the seasons change. They're also hard to miss. Who hasn't seen V-shaped flocks of geese in the sky?

But animals of a smaller stature can pack a big punch when it comes to migration, too. Take the hoverfly, a common insect in Britain. About the size and shape of a wasp, the hoverfly travels between Britain and Europe every spring and fall. Each seasonal trip around four billion hoverflies cross the English Channel into Europe.

Around the world, many insect populations are declining. That means that migratory pollinators, like the hoverfly, play an important part in regulating their ecosystems, as they spread pollen, eat pests, and become a food source for other animals.

Scientists at the University of Exeter are behind a study that examined the migrating hoverfly in southern England. They set up radar stations and, over ten years, tracked the insects through the sky. The researchers found that not only were the hoverfly immigrations giant in the sheer number of bugs, they were also giant in their environmental effects. For example, the flies ate about six trillion aphids every year, and pollinated billions of flowers.

We're only just scratching the surface of how insect migrations work. Australian scientists have begun to scan for locusts, while researchers in China are looking to track insects as well.

One thing is for sure: as we continue to explore the world around us, we should remember to look at the sky, and think about what might be flying right over our heads.