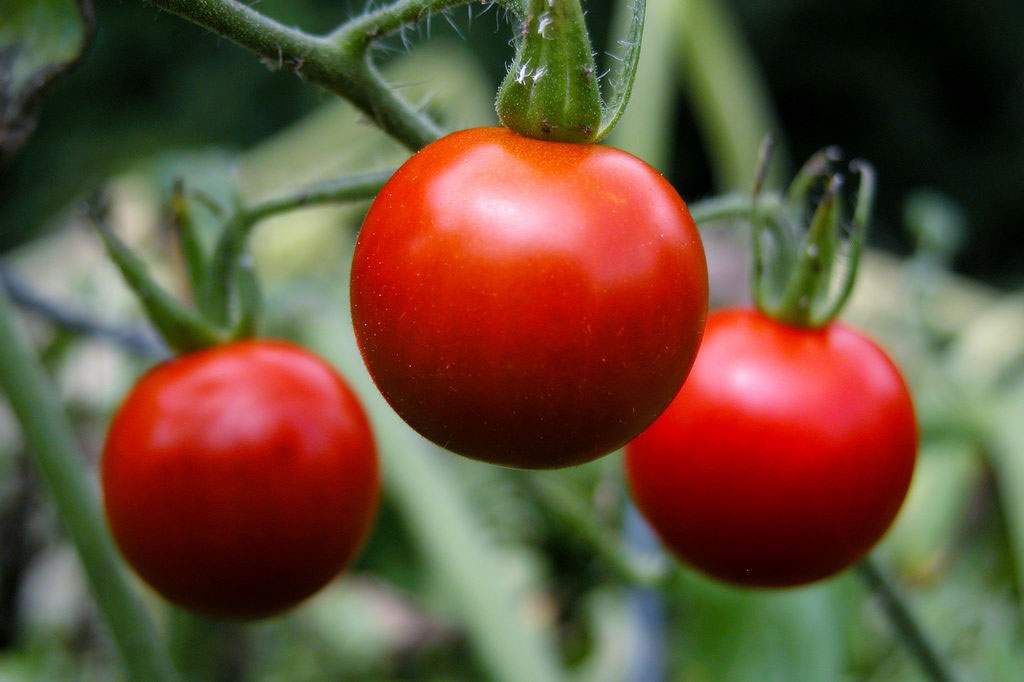 In 1893, the U.S. Supreme Court heard a case that hinged on whether the tomato was a fruit or a vegetable.

According to botanists, most of the edible parts of a plant are vegetables. Vegetables can be a root, stem, leaf, or flower. Even bulbs, like onions, and buds like brussels sprouts are vegetables.

A fruit, on the other hand, is always the matured ovary of a flowering plant. Fruit is formed when pollen, which carries sperm, lands on the sticky part of the flower.

The sperm travel from the pollen grain into the ovary then into the ovule where one fertilizes the egg. Once the egg is fertilized, the ovule becomes a seed, and the whole ovary becomes a fruit. This is why fruits usually contain seeds.

Of course, when we generally think of fruit we think of sweet fruits like apples and pears that are eaten raw or baked in dessert. We don't think of tomatoes or cucumbers as fruit, although they are fruit because they develop from the ovary of the plant.

Back to the 1893 court case. The Supreme Court declared that tomatoes were vegetables because they are usually eaten cooked like vegetables. The decision allowed the court to uphold a tax on imported tomatoes because, at that time, vegetables were taxed but fruits were not.