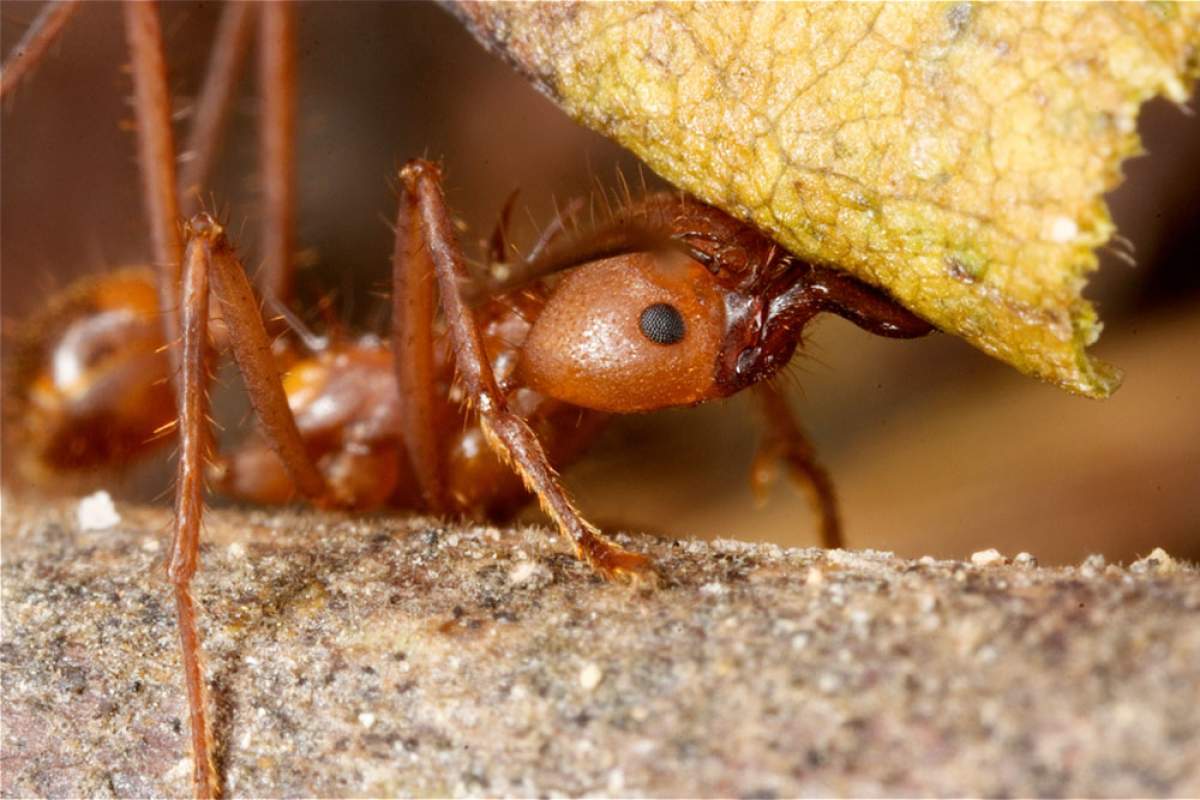 Did you know that farming began about ten thousand years ago?

Actually, before humans, there were other species that deliberately grew their own food. Humans are only the 4th animal to discover farming after ants, termites, and bark beetles.

In fact, ants have a huge head start over humans. They discovered farming about fifty million years ago, a little while after dinosaurs became extinct. What did ants farm? Wheat? Barley?

Try fungus. Instead of going out and hunting smaller insects like their ancestors, ants that belong to what is called the "attine" group figured out not one but two different ways to grow fungus.

The more primitive ants went out and collected dead leaves and flowers, brought them back to their nests, and added bits of fungus. In a few days, they had enough fungal tissue to eat and to feed their young ones. On the other hand, the more developed leaf-cutter ants grew fungus in football-sized gardens outside their nests.

There are some neat parallels with human farmers. For example, there are human desert cultures that eat only a single kind of crop (although in this case we're talking animal rather than vegetable).

Plus, in the same way that humans cross their crops with wild strains to help the crops survive new diseases, ants gather new strains of fungus when their crops die out.

Not bad for insects with fewer than half-a-million brain cells.