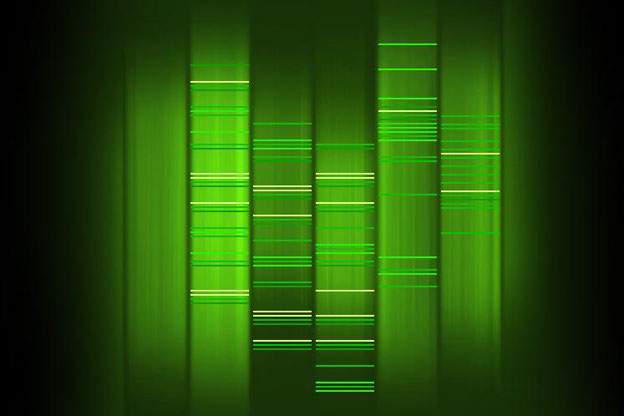 In every living cell, DNA holds the blueprint for what's handed down to the next generation.

The discovery of the double helix structure of DNA revolutionized molecular biology and genetics. Today, recombinant DNA is used to make insulin and the clotting factors hemophiliacs need. Who made this amazing discovery?

Perhaps the names that come to mind are Watson and Crick, the men who first published a paper on DNA structure. Although they won a Nobel prize for their work, their paper offered a hypothesis, without evidence to back it up. However, evidence did exist that a scientist named Rosalind Franklin had taken the finest photographs of DNA to that point, using complex x-ray crystallography.

Watson and Crick had heard Franklin lecture, and a male colleague of hers had even shown them her photographs, without her permission. In her notebooks, Franklin was close to discovering the double helix herself. So Rosalind Franklin first obtained solid evidence of DNA structure. She never received proper credit for this painstaking experimental work, while Watson and Crick went on to win the Nobel Prize.

How do we know how much they owed to Franklin? The tip-off came from Watson himself. In his book, The Double Helix, Watson writes about Franklin in demeaning ways, trying to discredit her. But he states plainly that her photographs were the basis for his theory. Franklin not only broke new ground with her photographs, but also as a woman scientist in a field dominated by men. She didn't get the credit she deserved in her lifetime. Today, her reputation only grows as people realize the brilliance of her achievements.