The Discovery Of The Dead Sea Scrolls 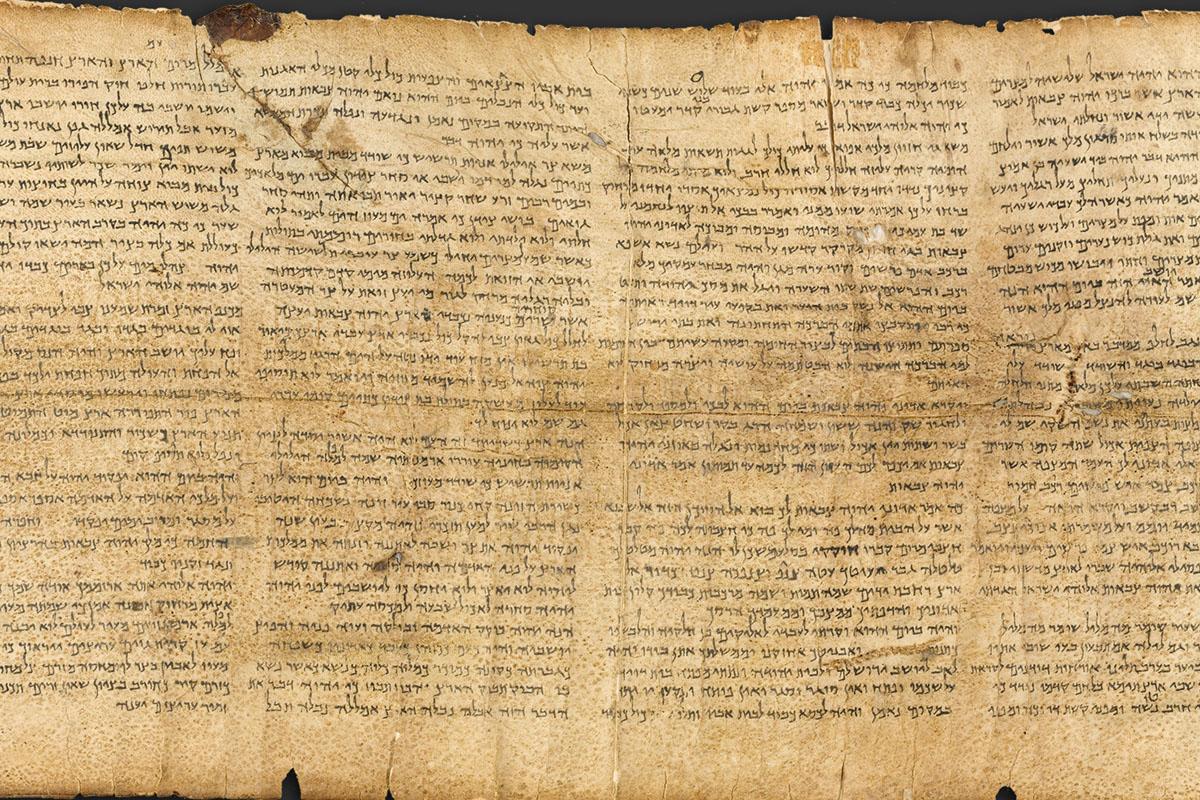 In March of 1947, Mohammed ed-dib, a member of the Ta‘amireh Bedouin tribe came to Bethlehem and showed three old scrolls to various antiquities dealers. He had found the scrolls inside a cave in the desert, stuffed inside large jars.

The scrolls were written in Hebrew, and one of them contained a copy of the biblical book of Isaiah. Another was a commentary on the biblical book Habakkuk. The third scroll was a strange book about the rules of a religious community, which scholars later named "The Community Rule."

Of course, not all of this was obvious to everyone in 1947.

Mohammed sold the three scrolls to an antiquities dealer, who sold them to a Christian monastery in Jerusalem.

In the summer of 1947, Bedouin found four more scrolls, three of which they sold to an antiquities dealer named Faidi Salahi. One of the three scrolls was yet another copy of Isaiah. The other two were documents similar to the community rule, and described more aspects of a mysterious community. The fourth scroll ended up at the same Christian monastery as the first three scrolls.

In November of 1947 Salahi in turn sold them to Eliezer Sukenik, a professor of archaeology at Hebrew University in Jerusalem. Professor Sukenik was sure that the scrolls were genuine, ancient manuscripts. This was the first time a biblical scholar had been able to examine the scrolls.

Meanwhile, the monastery in Jerusalem now had four scrolls. Although the archbishop of the monastery, Mar Samuel, contacted the Hebrew University, he did not tell them where the scrolls had been found, and they told him they were not interested in the scrolls. The monastery then contacted American scholars at the American School of Oriental Research. The scholar John Trever met a representative of the monastery and even took pictures of some of the scrolls, but no purchase was made. Trever could tell by the style of the writing that the scrolls must have been written around 200 BCE.

Instead, Mar Samuel took the scrolls to the United States in January 1949. In June 1954, an ad appeared in the Wall Street Journal with the heading "Miscellaneous for Sale":

Biblical Manuscripts, dating back to at least 200 BC, are for sale.

by an individual or group.

A banker named Sidney Esteridge bought them for $250,000 on behalf of Yigael Yadin, the son of Sukenik. The scrolls were then taken to Jerusalem, where they are housed today in the Israel Museum.

All of the scrolls discussed above were found in the same cave in Qumran. This cave is called Cave 1 by scholars. Manuscripts found in this cave are given the label 1Q, as in 1QIsaiah, the technical label for the Great Isaiah Scroll. Later, in 1952, archaeologists discovered two more caves in Qumran, which were labeled Cave 2 and Cave 3. In late summer of 1952, Bedouin discovered yet another cave containing fragments of over one hundred manuscripts. This is now known as Cave 4.

As archaeologists continued to excavate the area around the ruins of Qumran, they discovered more and more caves with written materials, bringing the total number of caves containing manuscripts to 11, the eleventh cave having been discovered by Bedouin in 1956.

As exciting as all of these discoveries were for archaeologists and biblical scholars, they raised more questions than answers. The most obvious question was who wrote all of these scrolls? Were they the same people who lived at the archaeological site of Qumran during the Roman empire? In the next part of this series, we will see how researchers in the 21st century are using new techniques to help them answer some of these questions.