The Sun's Corona And Solar Eclipses 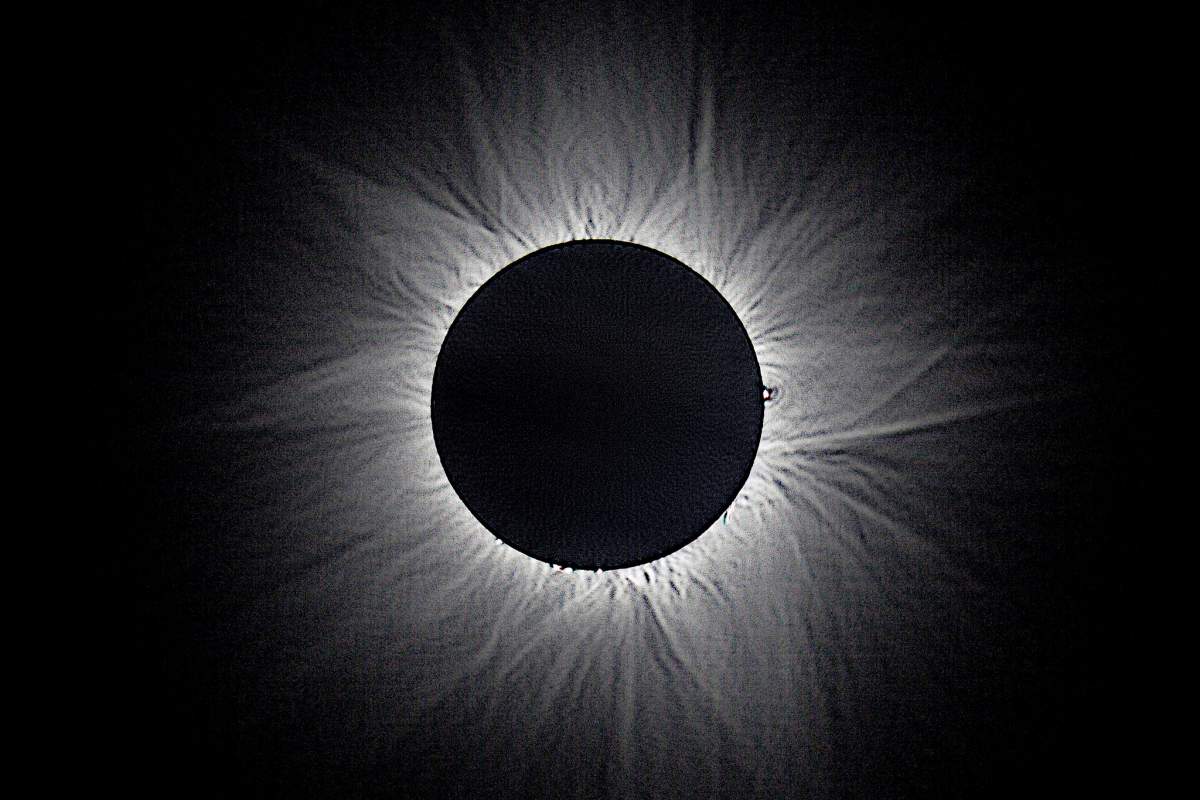 As we look forward to the August 21st solar eclipse, theÂ A Moment of Science blog has run other articles about solar eclipses. Here are links to part 1 and part 2. You can also find out more out about our solar eclipse coverage on Twitter.

This might feel counterintuitive, but the sun's outermost layer, its corona, is still a mystery in many ways.

Remember, the sun has multiple outer and inner layers. Its outer layers are the photosphere, corona, chromosphere, and the transition region. The corona is the sun's outermost layer.

One of the most interesting things about the sun's corona is that its shape frequently changes. At what's considered sunspot maximum, the corona appears more like a circle. And when it's at a minimum number of sun spots, the corona looks like more of a sphere.

Because of the light emitted from the sun's photosphere, without help from a coronagraph, the corona is only visible by sight from Earth during a total solar eclipse.

A viewer (don't forget to have proper eyewear!) observing the solar eclipse in the line of totality will see the sun's photosphere blocked out by the moon's umbra.

For NASA, total solar eclipses give their scientists a chance to observe the corona. In a recent article about the upcoming August 21st solar eclipse, an important fact is included: "Amazingly, even by 2017 there is no available technology to map the magnetic field in the corona at resolutions comparable to those details seen during a total solar eclipse!"

SDO, the Solar Dynamics Observatory, will be monitoring the corona during that solar eclipse. Generally, the observatory is taking images of the sun in many different wavelengths (like X-Rays), but during the eclipse its focus will be the corona. Scientists will use data from SDO in conjunction with Earth-based images to create a much larger picture.

One hope from observing and understanding the corona during the solar eclipse is that scientists will gain a better understanding of the differences in temperature between the sun's atmosphere (those four outer layers described above) and its surface.