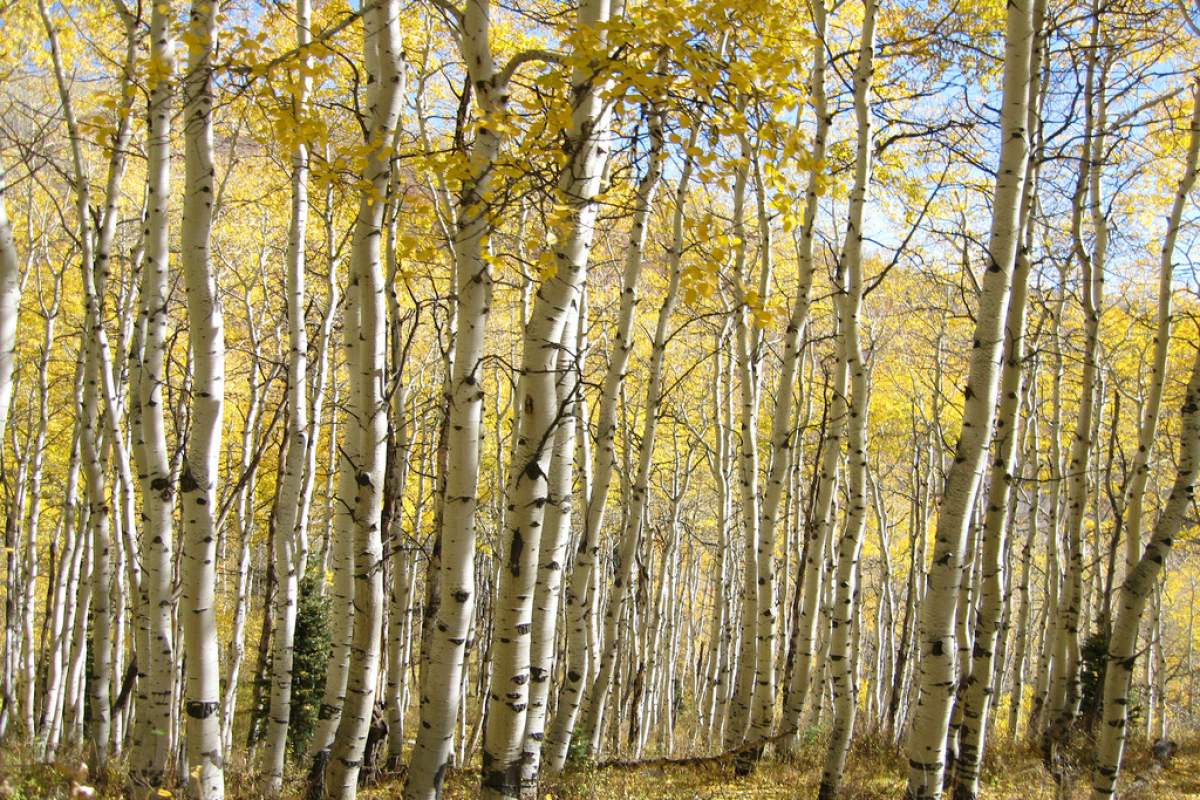 If youâ€˜ve seen a grove of quaking aspen (Populus tremuloides), youâ€˜ll recall trees with smooth, grey-white bark fissured with black streaks and flat leaves of green and yellow that shimmer with the lightest breeze.

A Community Of Trees

A forest canopy of quaking aspen is often dense where sunlight is plentiful because theyâ€˜re intolerant of shade. This growing pattern allows quaking aspen to colonize large swaths of land, with individual trees of fairly uniform arrangement, size, distribution, and health quality. We call this community of trees a "stand."

A stand of quaking aspen may account for an extensive plot or just a minor part of a larger forest, sure to crowd out conifers or shrubs that attempt to invade its space. When one aspen tree falls, often another will quickly take its place and sprout from its roots, rather than a seed.

Pando, made up of a clone of quaking aspens in Utah, is one of Earth's oldest and largest organisms. It's colloquially called, "The Trembling Giant."

Aspen grow aggressively and take advantage over shade-loving plants to repopulate their own stands. While relatively few of its seeds will become established, an aspen can regenerate individual trees by shoots along its long, lateral roots. A single root system can reproduce hundreds of individual trees in this way-each one genetically identical to the parent tree

A group of aspens with a single root system is called a "clone." Clones can be less than an acre or up to 100 acres in size. These single organisms become immense and live much longer than any one tree could.

Individual aspen often donâ€˜t live beyond 150 years or so; while a clone can live for generations. The Pando Clone of Utah is one prime example, having outlasted its conifer competitors for the span of many eras.

Thank you to Paul C. Rogers of Utah State University for reviewing this episode's script.