The Case of the Flying Manhole Cover 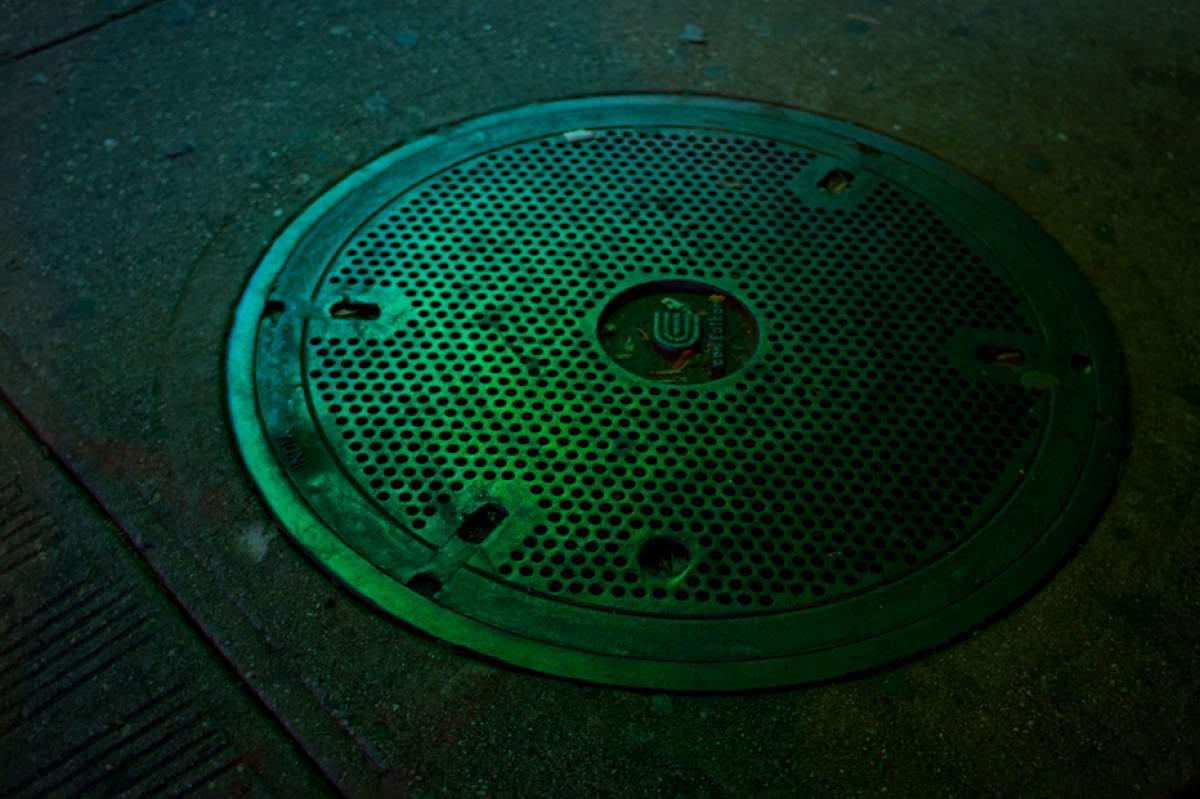 Say you're walking down a city street, minding your own business, when you approach a manhole. Suddenly, without warning, the manhole cover launches 20 feet into the air as black smoke belches from the hole in the sidewalk.

This actually happens. Here's how.

If you were to manually remove a manhole cover and lower yourself down into the subterranean depths, you'd typically see, among other things, high voltage cables wrapped in insulation made of lead, rubber, and paper. Whether it's due to gnawing rats, chemicals, or natural deterioration, over time these cables can become frayed.

When they do break down, their 13,000 volts of electricity can heat up the insulation, causing it to smolder and release gases into the air. The more gas released by the insulation, the more pressure builds up beneath the manhole cover.

When the wires send forth an arc of electricity, the gas explodes. A relatively small amount of exploding gas can cause a manhole cover to simply flip over. More gas, however, can send a 300 pound manhole cover rocketing up as high as fifty feet into the air.

This, as you might imagine, presents something of a problem. Besides the obvious risk of some unlucky pedestrian being seriously injured, the city then has to deal with a significant power loss.

One solution, at least on the pedestrian injury front, is to replace solid manhole cover with grids to allow gas to escape without exploding. Plus, the next time you're walking down the street and see smoke rising up through a gridded manhole cover, you'll know to steer clear.