The Acoustics Of Laughter 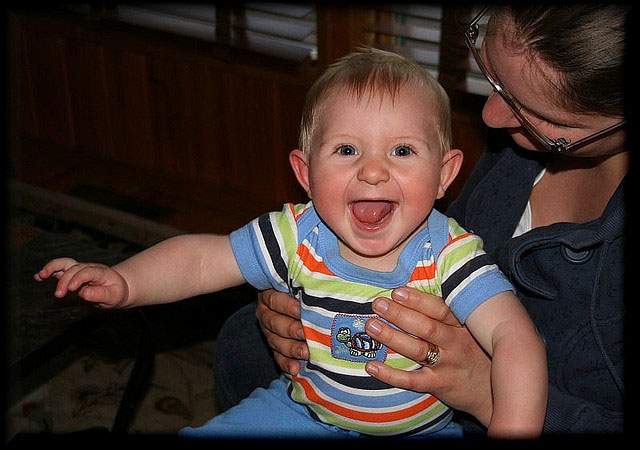 There's a lot more to laughter than you might imagine, in this Moment of Science.

Researchers have found that in laughter we don't make articulated vowel sounds such as ho-ho and ha-ha and tee-hee. Laughter is mostly composed of more neutral sounds, something along the lines of huh-huh.

In men and women both, laughter reaches surprisingly high frequencies. Frequency is measured by the rate at which the vocal cords vibrate. We hear frequency as pitch. The laughter in some men can be as high as a soprano's high C, and in women, laughter can reach the pitch of an octave higher than that.