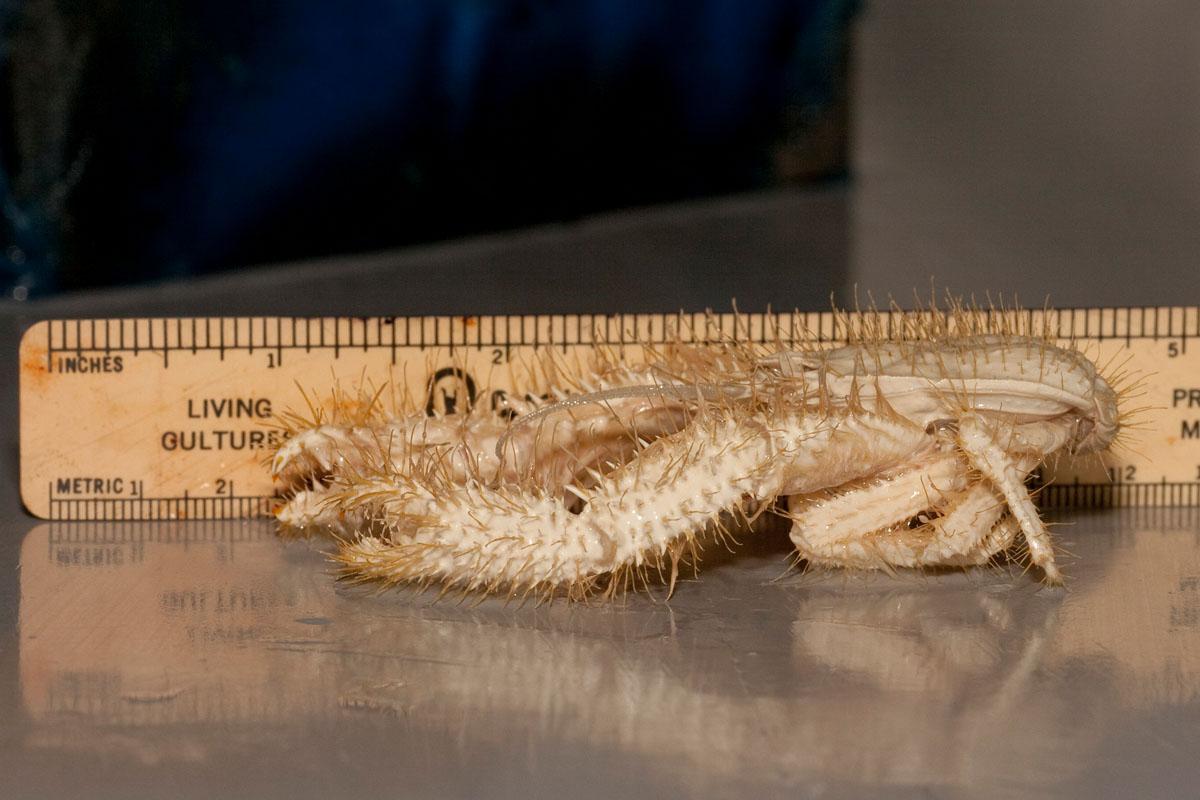 When you get a group of yeti crabs together, the result is an endless yeti crab dance party. (Oregon State University, Flickr)

Like the fantastical sowman, also known as a yeti, the yeti crab is white, and its long claws are covered in pale fur. And even though it's a mere six inches long, it's definitely strange.

The crab lives at the lips of hydrothermal vents, thousands of feet below the ocean's surface. These vents are where lava rises up and splits the seafloor. They heat the water around them and gush minerals and metals, like hydrogen sulfide and methane. Plenty of bacteria flourish down there on that gushing vent fluid. Surprisingly enough, crabs also flourish there.

It's actually the bacteria that helps the yet crab to survive in such an environment. The fur on the crab' s claws is actually something called "setae," which are dense bristles that are covered in that vent-loving bacteria. A yeti crab will scrape off the bacteria with its mouth.

To a human, a life like that would be pretty dull. After all, there's no sunlight, no colorful markings, and no variety of diet.

However, in order to feed the bacteria on their claws, the yeti crab will constantly wave its arms through the mineral-rich water. When you get a group of these crustaceans together, the result is an endless yeti crab dance party.