What Is A Thaumatrope? 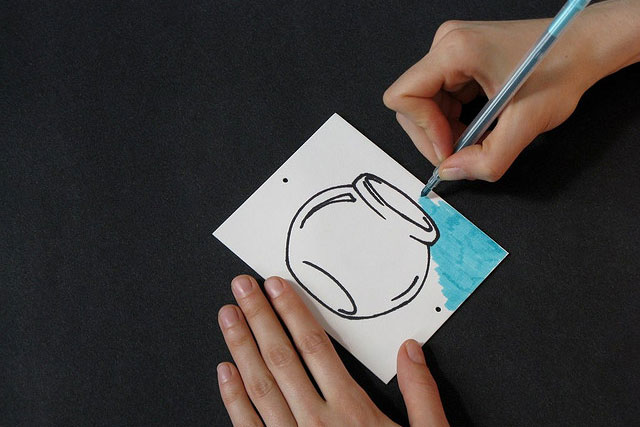 The thaumatrope was invented by an English physician named J. A. Paris in eighteen-twenty-six. It's credited with being the first cinematographic device and shows us something interesting about how the eye works! But first, you're probably wondering how the thaumatrope works.

Simply take a small piece of cardboard, say the size of a coaster, and draw two different images on either side. In Paris' original version, there was an empty birdcage on one side and a bird on the other. Now attach string to the ends so that the entire thing can be spun.  Set your thaumatrope a-whirling, and it becomes one image! You could see the bird inside the cage!

The retina of your eye sends visual information back to your brain. The channels of communication, though, are not infinitely fast. An image produced by the retina in response to stimulation lingers for one-tenth to one-twentieth of a second. Physiologists call this "the principle of the persistence of vision."

The thaumatrope fools your eye by switching images faster than the tenth-of-a-second limit, thus merging what are in fact two separate images into one visual impression.

Watch the video below to make your own thaumatrope: