What's The Difference Between Turtles, Tortoises, And Terrapins? 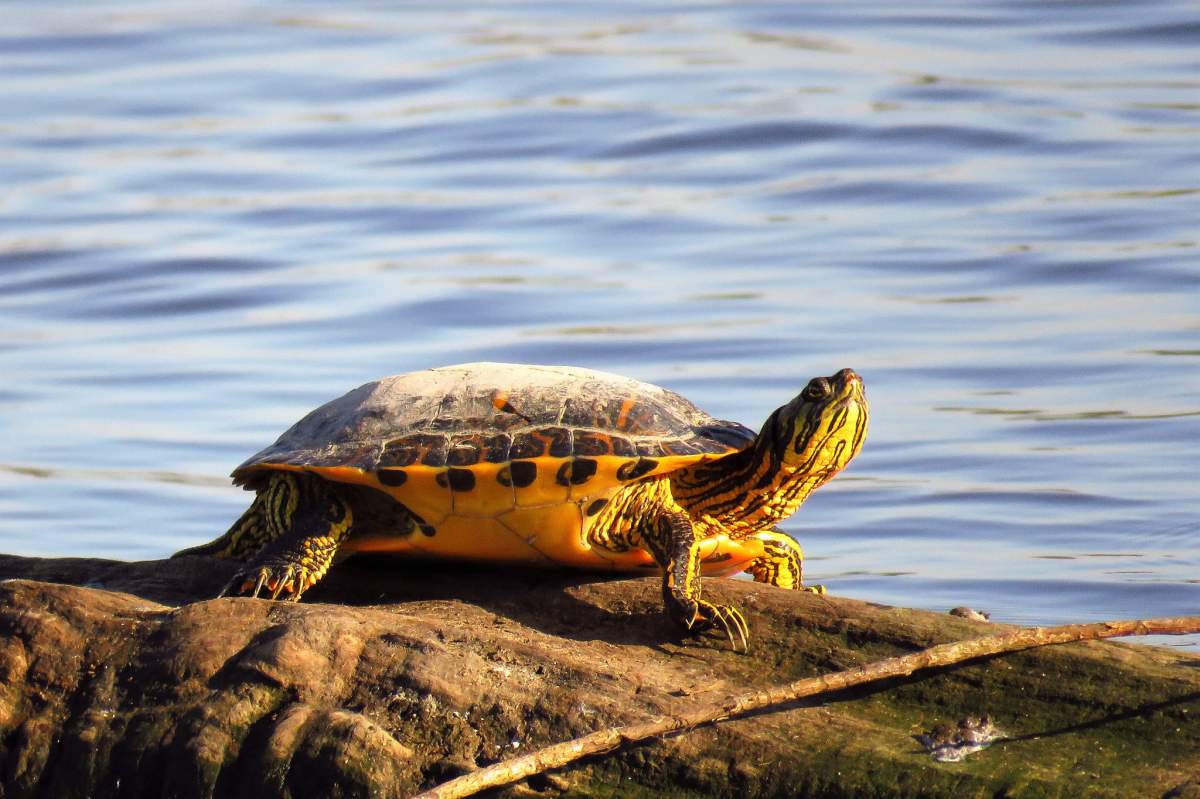 What's the difference between a turtle and a tortoise?

Let's start with the similarities, first. Theyâ€˜re both reptiles and part of the order called Testudines.

But the distinctions among Testudines (Tes-TU-di-neez) typically depends on which habitat the animals are adapted to. The terminology also differs by country.

In Australia, all species of Testudines that are aquatic are called tortoises, with the exception of sea turtles.

In America, the name "turtle" is given to most aquatic Testudines. Though, the Eastern box turtle for example has many traits we assign to tortoises. So, how do we distinguish between these types?

There arenâ€˜t many hard or fast distinctions between different Testudines, but most turtles live in water except when venturing to find a nest for their eggs on land. Their sleek shells and webbed or flipper feet make turtles streamlined for swimming. (And if you're interested in how turtles in colder climates can survive living in the water during winter, click here.)

However, many species also leave the water frequently to spend time on land, or on logs basking in the sun.

Testudines are one of the most ancient groups of animals. Scientists estimate the oldest member of this group was on Earth 220 million years ago.

Tortoises are essentially land-dwelling Testudines. They are equipped with broad front legs with strong claws and stubby, club-shaped rear feet like elephants. Those powerful front feet are great for burrowing but ill-adapted to swimming.

Tortoisesâ€˜ dome-shaped shells are not streamlined for aquatic maneuvering either. They maintain a vegetarian diet, whereas many aquatic turtles are carnivorous or omnivorous.

And then there are the terrapins. These small Testudines are technically a species of turtle, and they live around brackish, swampy waters.

With a shell that is somewhere between the turtleâ€˜s sleek design and the tortoiseâ€˜s dome shape, they are at home in both water and on land, displaying the diversity of the amazing Testudines.

And if you couldn't figure out if the photograph is a turtle, tortoise, or terrapin, here's the answer: it's a terrapin!

Want to learn about a famously altruistic kind of tortoise? Click here to read about how gopher tortoises save their neighbors from forest fires.