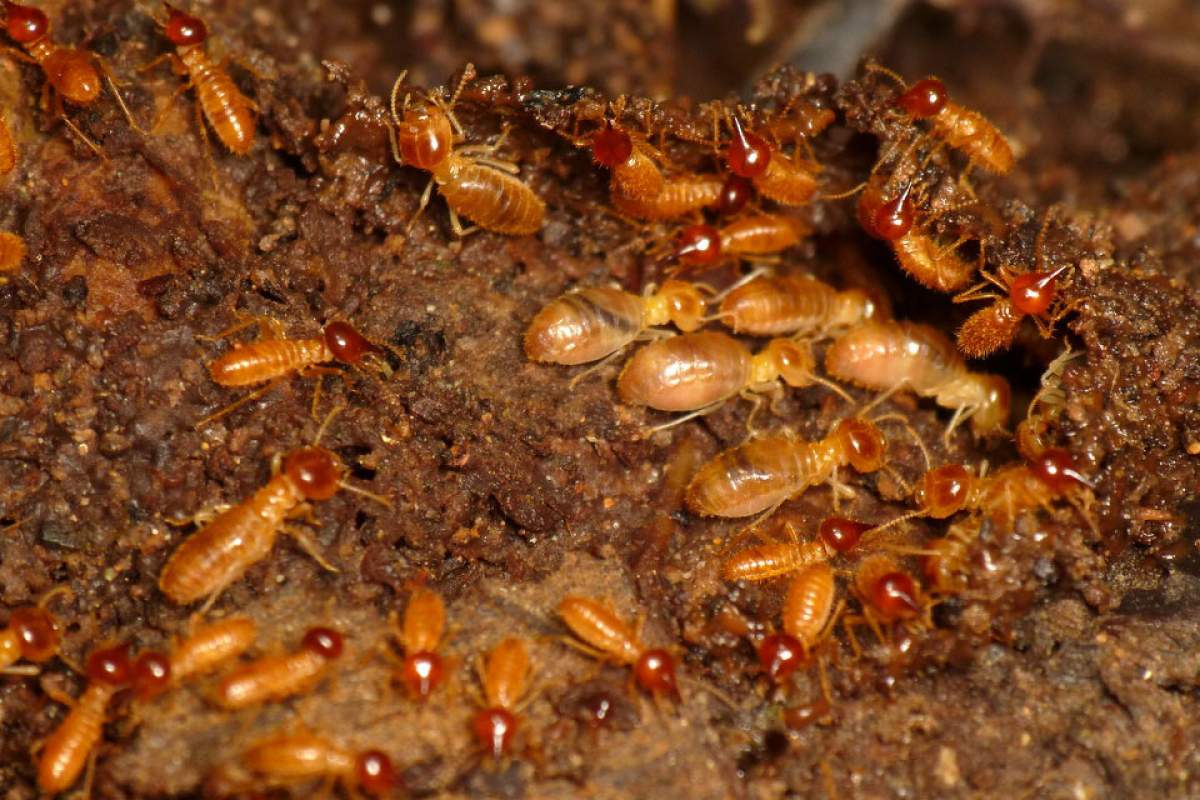 Any creature that threatens to eat your wood furniture and structural beams presents a major problem. That's why a termite infestation is usually cause for alarm, followed immediately by chemical extermination.

Yet termites are as fascinating as they are alarming. If you were able to shrink and infiltrate a termite colony you'd notice four distinct groups: workers, soldiers, immature individuals and reproductives.

The workers are the Cinderellas of the termite world. Blind, sterile, and wingless, they tend the eggs, feed the soldiers and young termites, and maintain the nest.

Soldiers defend the colony from predators, the most dangerous being tribes of attacking ants. Although not as big and strong as their ant enemies, termite soldiers are equipped with an arsenal of physical and chemical weapons. Some termites use sharp teeth to bite an attacker and then coat the wound with an anti-clotting chemical, causing the enemy to bleed to death. Other weapons include a paint-brush-like device used to daub poison on enemies, and a longish, hose-like snout used to spray toxins on attackers.

One Queen to Rule Them All

Of the four groups, the reproductives might have the best job. Sealed off in a chamber and tended to by workers, the one pair of active reproductive termites reproduce as often as possible.

But the king and queen, as they are known, are more than just pampered monarchs. The queen, for one, is also a chemist. Alerted to the needs of the colony by her workers, the queen can secrete chemicals that, when fed to the colony's adolescent termites, turn them into soldiers, workers, or future reproductives, as needed. In this way, the termite queen both propagates and protects her brood, and establishes social order.