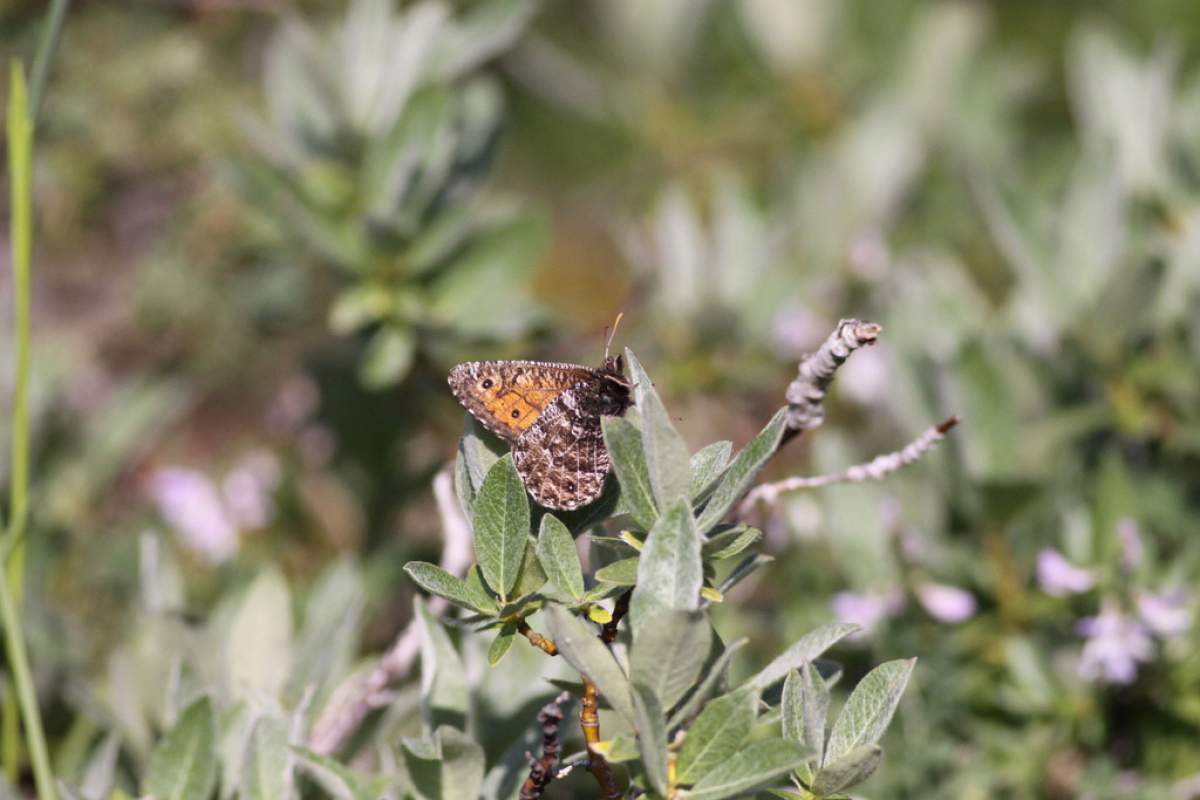 In 2010, Andrew Warren, Senior Collections Manager at the Florida Museum of Natural History, noticed that a specimen of the Chryxus Arctic(Oeneis chryxus) butterfly "didn't look right". The butterfly specimen has been housed at the museum for over sixty years when Warren noticed the discrepancies.

Upon closer examination, the butterfly's body was bigger and darker than expected; the underside of its brown wings also sported white specks, so that they almost looked frosted. Puzzled and intrigued, Warren conducted an investigation that ultimately lasted a few years.

In this investigation, a Russian scientist discovered the specimen had a unique DNA sequence. It was, indeed, a different species.

Warren visited Alaska to investigate the species further. Eventually, he realized the species had been mislabeled in multiple museums since at least 1955. These butterflies had been hiding in plain sight because they had been mistaken for a related species for over half a century.

This "new" species of butterfly, which has since been named Tanana Arctic(Oeneis tanana), is one of only a few butterflies which have emerged from a hybridization between two other species. A very basic definition of hybridization (in biology) is that a hybrid species emerges when two distinct species engage in sexual reproduction.

The Tanana Arctic is a hybrid whose parent species are thought to be the Chryxus Arctic and the White-Veined Arctic Butterfly(Oeneis bore). Hybridization may have occurred during the last ice age.

This species of butterfly is the first new species to be discovered from Alaska in 28 years-even if it isn't exactly "new".