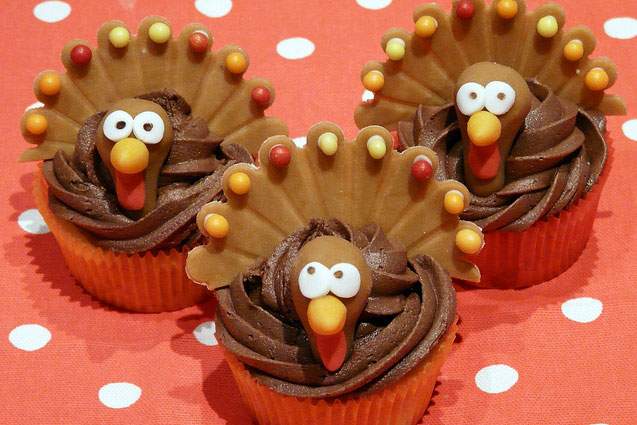 Taste is very important. It is so important that humans have developed cultural rituals and even built industries around meal times. This Thanksgiving, A Moment Of Science explores the science of taste!

Taste is actually a very complicated sense and is still not entirely understood. Scientists do know that there are bunches of specialized cells called taste buds that allow us to experience taste â€“ along with a very complex network of chemical interactions, biochemical pathways, and neurons.

Taste buds are located on projections on our tongues called papillae. Papillae give the tongue its velvety texture. There are four types of papillae on the human tongue and three of them contain taste buds.

Now, you may remember learning in school that different areas of our tongues are responsible for sensing different tastes. This seems very tidy but it is actually the result of misinterpreted 19th century research and is not true (although it is still printed in text books!). Â Actually, all of our taste buds can respond to all of the different categories of taste (sweet, salty, sour, bitter, and umami).

How Do We Distinguish Between Tastes?

If the place of taste buds on the tongue is not responsible for distinguishing a certain taste, then what is? Taste is the result of different signals sent to the brain. These signals are the result of reactions that occur when chemicals from our food called tastants come into contact with our taste buds. Different tastants trigger different responses.

For example, salts and acids (sour tastes) cause an electrochemical change. Positive ions in salts and acids enter taste cells and the accumulation of these positive ions eventually depolarizes the cells, causing them to send certain signals to the brain via neurotransmitters.

But for sweet compounds there are no ions and nothing enters the cells. Instead, the tastants bind to the surface of the cells and trigger changes in the cells' proteins and enzymes. Taste neurons in the brain respond to these changes.

Taste In The Brain

Most research on taste in the last decade has suggested that individual neurons in our brains are not tuned to particular tastes but rather tastes are the result of patterns of neuron activity. However, a study published this year in the journal Science could challenge the accepted theory.

The new study recorded patches of neurons in different areas of a mouse brain consistently responding to specific tastes.

Preserving Our Sense Of Taste

Want to keep your taste buds in good working order? Don't smoke. Smoking impairs our sense of taste and as well as our sense of smell (and our senses can intermingle in strange ways so some senses affect other senses).

As it turns out, smokers have fewer taste buds than non-smokers. Additionally, the taste bud-containing papillae of smokers are flatter than those of non-smokers due to decreased blood supply.