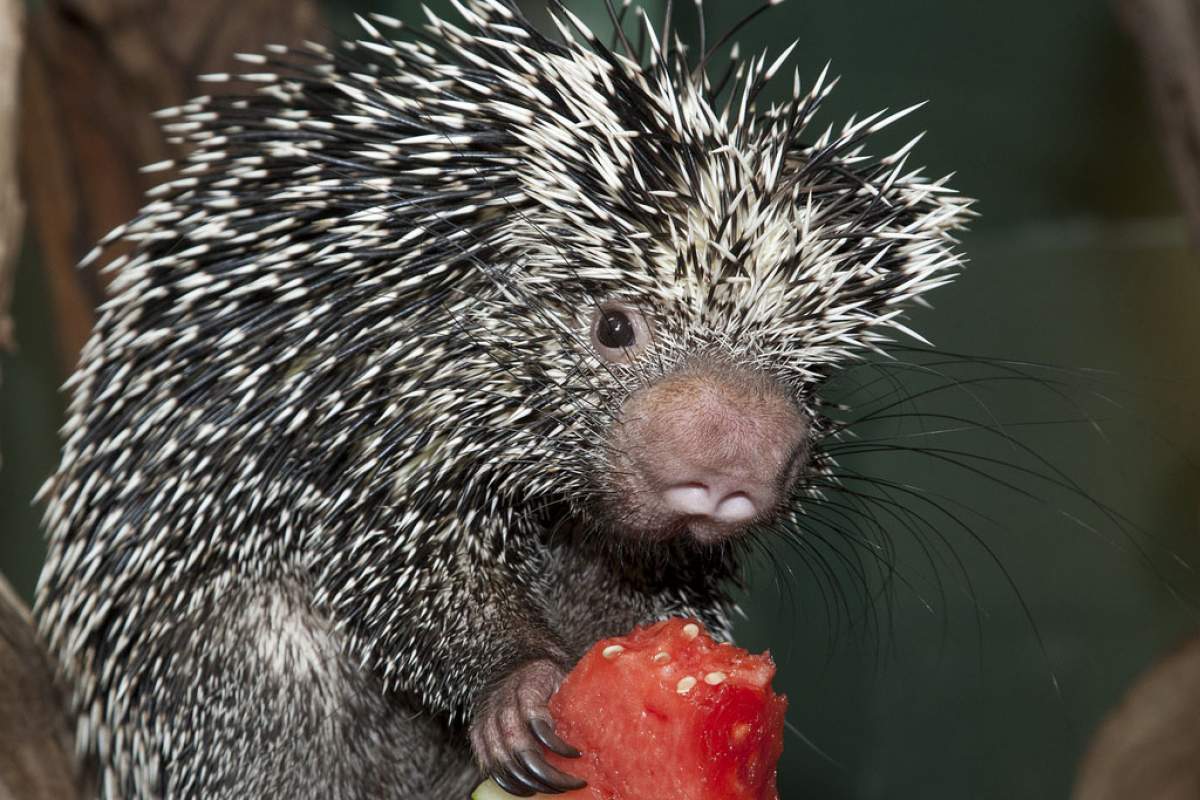 The sight alone of a porcupineâ€˜s tail is enough to strike fear into any would-be predator or accidental intruder. But, porcupinesâ€˜ quills canâ€˜t compare with the spiked tails that some dinosaurs like the stegosaurus wielded.

Although weaponry for combat against rivals is one of the most widespread animal adaptations, there arenâ€˜t many species with weaponized tails. So, why arenâ€˜t weaponized tails used by animals today?

Researchers were curious why evolution systematically selected for animals with head armor-like horns-instead of those with weaponized tails. They investigated the fossil record by isolating several traits common to dinosaur species that had tail weapons.

These dinosaurs tended to be large, four-legged herbivores, fortified by stout bodies and bony armor held together by individual bones-like in modern-day armadillos. These ancient vegetarian dinosaurs typically weighed in at well over two thousand pounds!

Because a bulky tail inhibited easy maneuvering, these dinosaurs supported their hefty hind appendage with a stiff middle thorax. A complication was that using a tail as a weapon put the animal within dangerous proximity of opponents.

The researchers concluded weaponized tails were a strategy of last resort, after camouflage, vigilance, and tactics of escape failed as better defenses.

Itâ€˜s clear evolution has selected for other types of animal weaponry that make direct combat a simpler maneuver, like horns for head-to-head battle. This reduces energy loss for the animal-precious energy it will need in a deadlock clash.

Todayâ€˜s animals donâ€˜t sport cumbersome tails like the dinosaurs did; without a built-in bludgeon, the descendants found more practical, energy-saving ways to fend off attackers.

If you want to keep thinking about animals' fur, scales, and quills that they use for protection, you can read and listen to this recent podcast. Â

Thank you to Victoria Arbour of the Royal Ontario Museum for reviewing this episode's script.