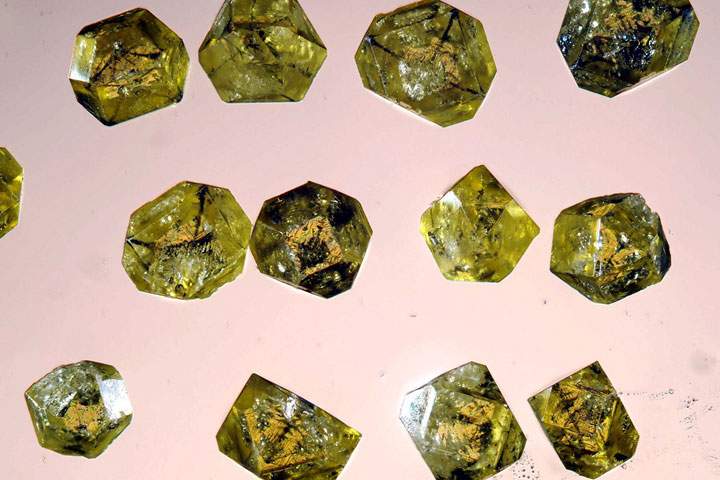 Natural diamonds are so expensive partly because they are rare, hard to find, and costly to mine. For years scientists tried to make synthetic diamonds that had the same characteristics as natural diamonds, but which would be much less expensive.

In the early 1950's a team of scientists at the General Electric Company were working to develop a process for manufacturing synthetic diamonds.

After a great deal of experimentation, in 1955 the team members had evidence that they had made a synthetic diamond. The evidence came in the form of a tiny diamond they found in the apparatus used for the synthesizing experiment.

That might seem like evidence enough, but scientists are skeptical by training, and the team questioned if there had been sufficient pressure in their apparatus to make a diamond.

The scientists who worked on the project continued to wonder about the first diamond they found, but were not able to confirm their suspicions until about 38 years later when much more sophisticated and accurate measuring devices became available. With this equipment they were able to analyze the 1950's diamond, and did discover that it was real, not synthetic.

To this day they do not know how the tiny, real diamond got into the equipment, but they do know that had they not been fooled by it they might not have continued on the right track toward making synthetic diamonds.