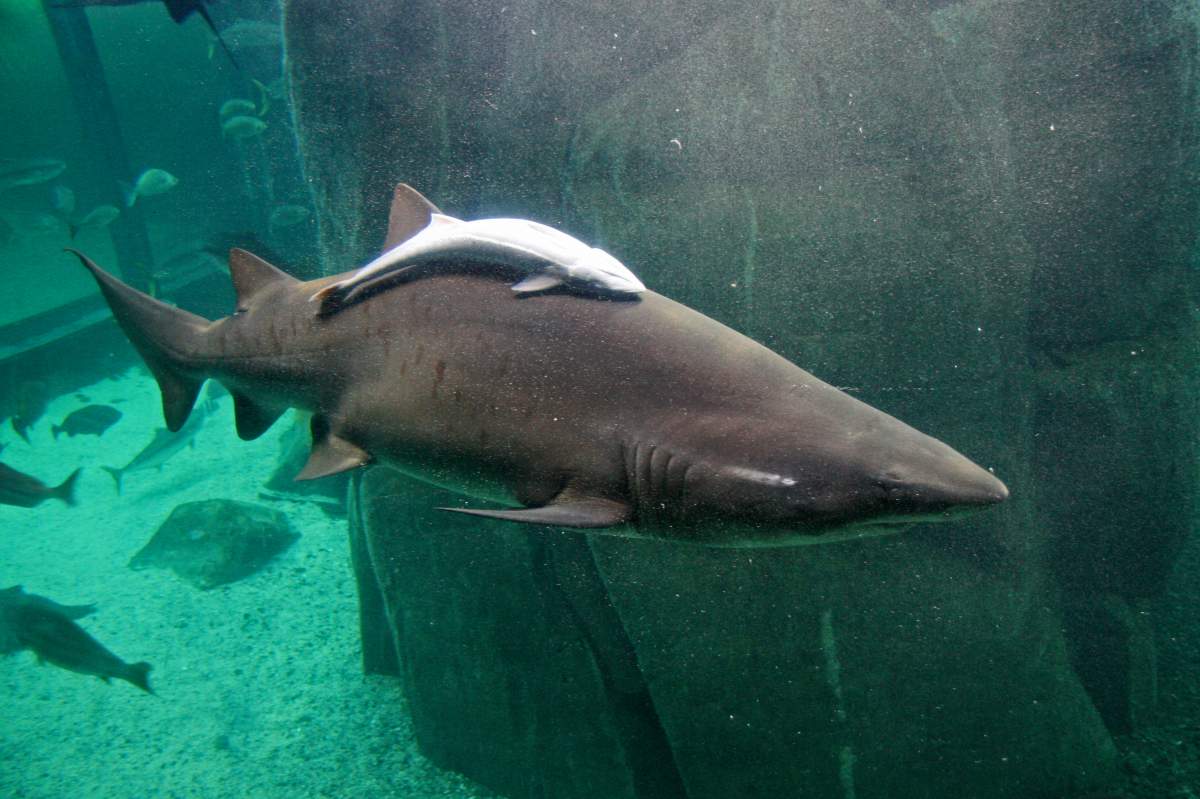 In the immortal words of Michael Corleone in The Godfather, Part II, "My father always taught me: keep your friends close, and your enemies closer." Perhaps no creature has taken this advice more literally then the remora, also known as the sucker fish.

As the official ocean survival manual clearly states: "Upon spotting a shark, flee, unless you also happen to be a shark." Or a remora. When a shark approaches, not only does the remora not flee--it swims right up to the shark, finds a nice comfortable spot, and attaches itself with a suction cup located on the top of its head.

Why, you may be wondering, would any fish want to be so close to a predator? If remoras could talk, they would calmly explain something called commensalism--a relationship where one species benefits from proximity to the other without harming or helping the other species. In this case, remoras benefit from riding on sharks without doing the sharks any harm.

The remora benefits package is very attractive. First, as long as a remora is attached to a shark, who's going to give it any trouble? Next, sharks are very sloppy eaters, often leaving plenty of delectable morsels floating around. While the shark is preoccupied with the main course, the remora slips off, gobbles some scraps, and then reattaches until the next meal.

Remoras aren't picky. They'll also attach to whales, tuna and rays, so long as there's a free meal involved. In any case, they've developed a survival technique that would make Michael Corleone proud.

"They Ride on Sharks for Survival" (Tribune India)