How Did It Swim? 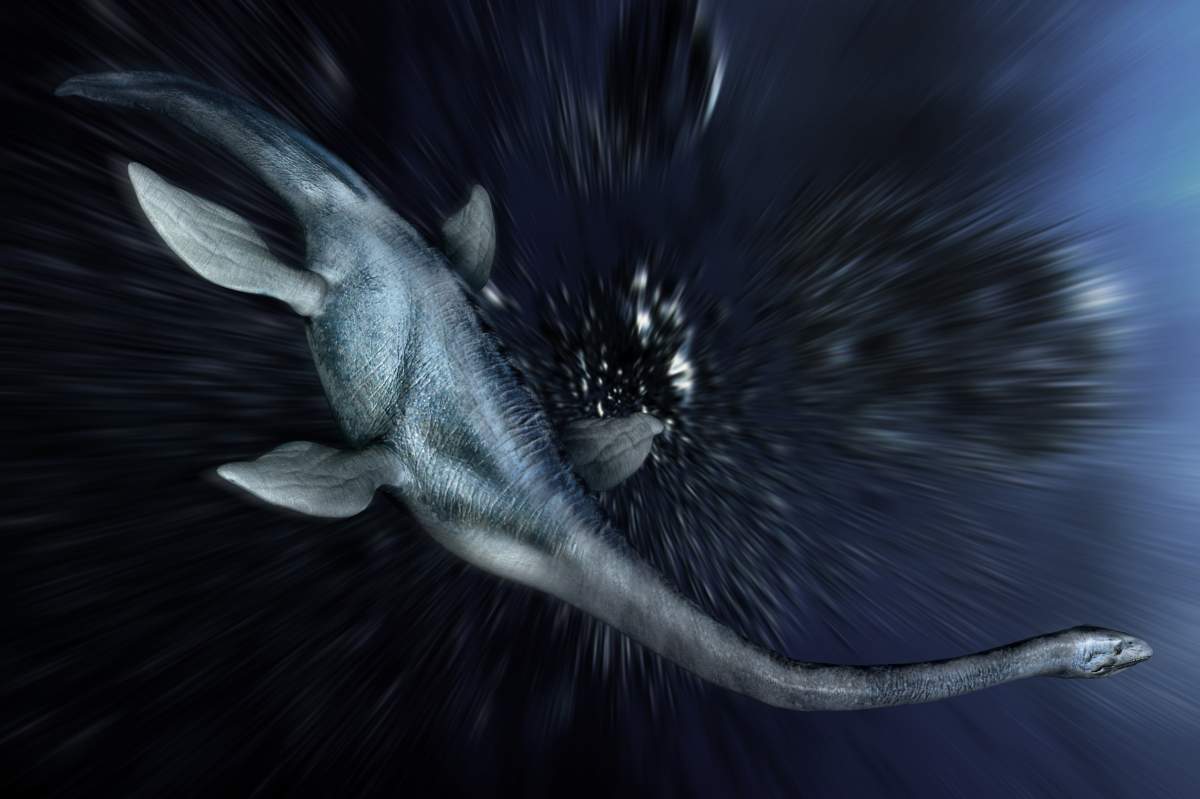 Some Loch NessÂ enthusiasts claimÂ NessieÂ was aÂ plesiosaur. Whether there's one in Loch Ness or not, plesiosaurs were quite real. Thanks to fossilized remains, we know they used to roam the deep oceans something like whales do today-with the giant, 65-foot-long variety being at one time the biggest predator in the sea.

There aren't any plesiosaurs left, so you can't watch one swim around to see how it acts. But we can learn a lot by studying their fossils.Â According to researcher Robin O'Keefe, you can study the length of a plesiosaur flipper, compare it to the rest of its body, and then look for similar body designs in animals that are still alive.

For example, some plesiosaurs, a sub-group known as pliosauromorphs, had short, strong flippers. Using O'Keefe's logic, that means they probably operated in the water like falcons do in the air: They were turn-on-a-dime, high-speed predators. Another group, called plesiosauromorphs, had longer, more tapering fins. What looks like that today? Gulls do-and plesiosauromorphs probably were slower, more long-range creatures that survived by swimming down easier prey in the open ocean.

Figuring out how ancient reptiles behaved this many millions of years later takes some ingenuity. But the fact that mother nature repeats similar body types may give us a living clue.