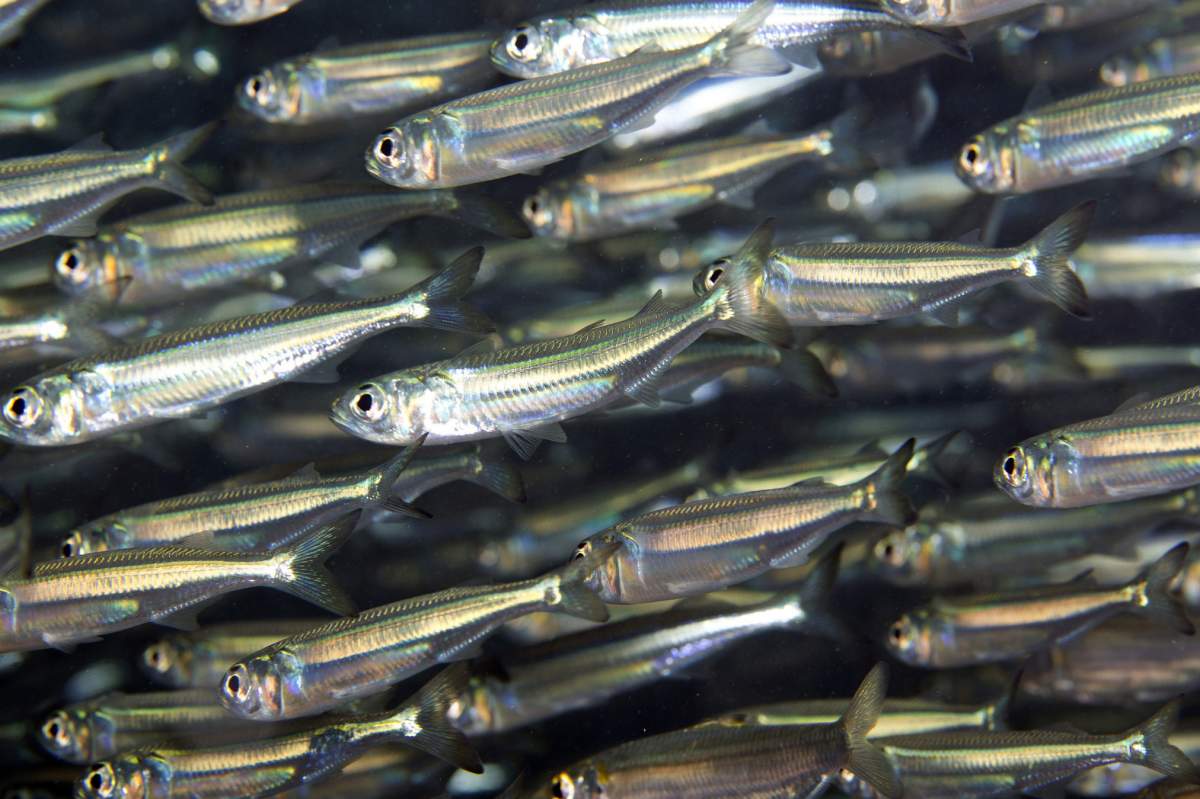 Let's say a tech company is trying to build an aquatic robot. What would be the most efficient way for it to move through water?

Over time, fish have made adaptations to conserve energy when swimming against the current. And researchers at Harvard figured out the underlying physics.

When water hits objects such as branches, rocks or other fish, it forms strings of little whirlpools, or vortices. So researchers set up a tank with water flowing in one direction, and dropped a cylinder in it that generated vortices.

The researchers observed that rather than fighting the current, the fish simply slalomed between vortices, using a swimming style that resembles a flag flapping in the wind. The advantage of all the side-to-side movement is that it requires very little muscle activity. In fact, fish can use this technique to hold their position and rest while in rough patches of water.

These findings have applications ranging from technology to conservation. And give a whole new dimension to what it means to swim like a fish!

"The Tao of Fish Swimming" (MSNBC)