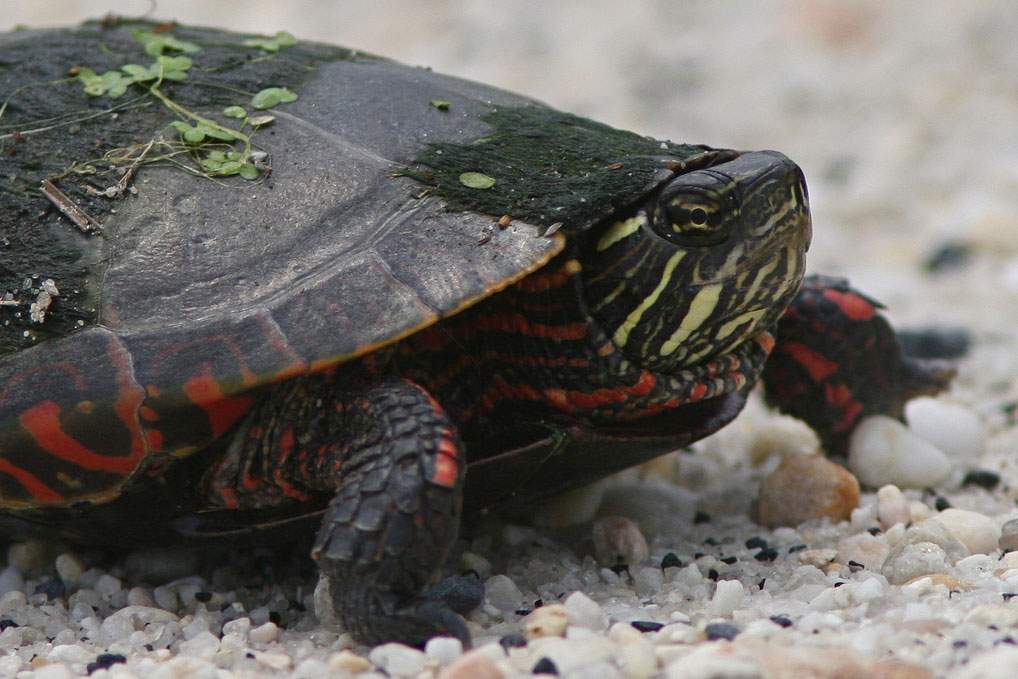 Likewise, the turtle's oxygen needs are minimized by the cold. A few hours after the turtle is submerged, the oxygen level in its blood drops to near zero. With the same percentage of oxygen in our blood, humans could exist for three or four minutes; the painted turtle can live for three to four months.

While underwater, the turtle exchanges some oxygen and carbon dioxide with the water through its skin or across the membrane lining its throat. But when, during late winter in ice-locked water, the oxygen supply of the water falls to zero, or when it burrows into bottom mud, the turtle has no oxygen supply. Yet the turtle can survive, partly because it stores a sugar called glycogen in all its organs.

Glycogen can be broken down and used as an energy source without using oxygen. Although this method of breaking down glycogen produces lactic acid, which is toxic at high levels, the turtle counteracts the effect of the acid with minerals released from its shell and bones.