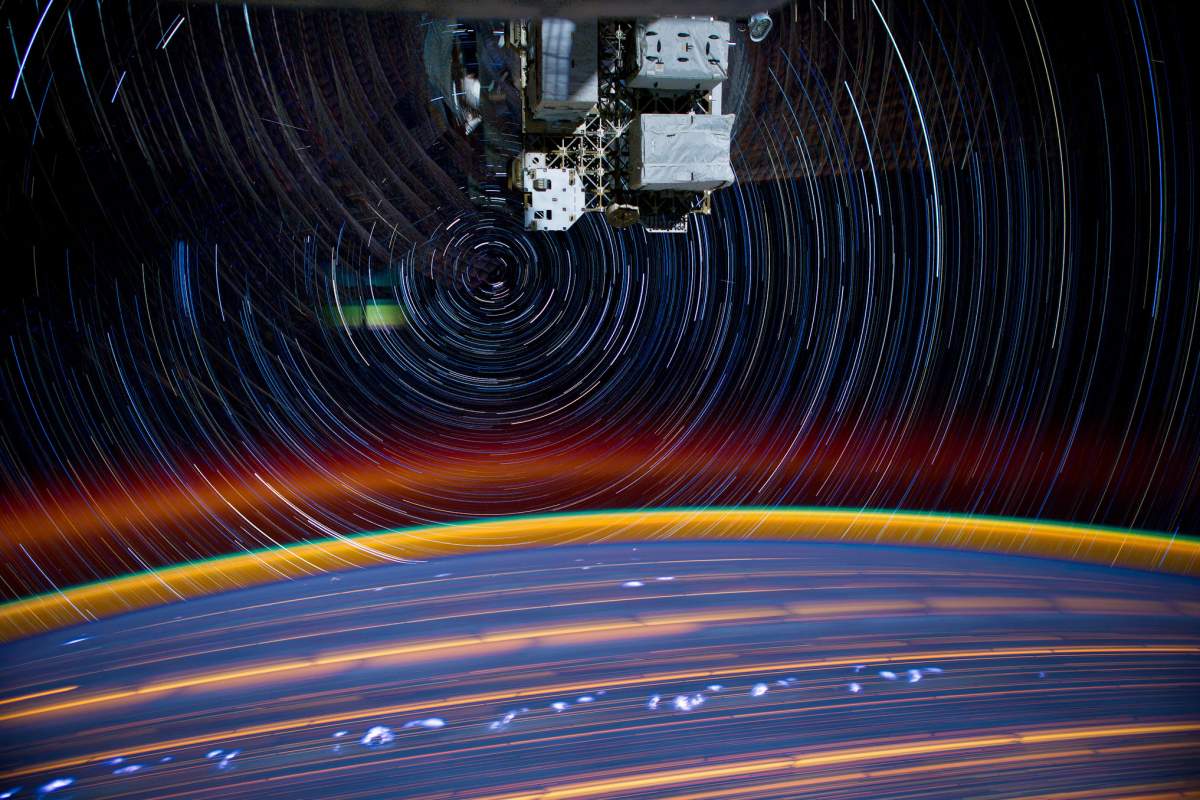 Is there any chance life could survive the harsh conditions of outer space: the hard vacuum, extremes temperatures and powerful radiation? Short of finding extraterrestrial life, the only way to know is to try it out.

In an experiment conducted in 2008, a package was placed on a platform outside the International Space Station. Bacterial spores, lichens and even plant seeds were exposed to space for 18 months, and then the package was brought back to Earth for study. The lichens were hardy rock colonizing communities of fungi and bacteria taken from harsh Swiss mountaintops and Antarctic valleys. The seeds were of a flowering plant called Arabidopsis, and of tobacco.

Amazingly, about half of the bacterial spores survived exposure to space unharmed. Some of the lichens, including those exposed to intense sunlight, survived too. A quarter of the seeds, including almost half the tobacco seeds, still sprouted and produced healthy plants after returning to Earth.

Hitchhiker's Guide to the Galaxy

Some biologists worry that microbes from Earth might hitch a ride on an interplanetary probe and foul attempts to detect alien life. The findings confirm that these concerns are serious. When an asteroid or comet strikes a planet or moon, the explosion can hurtle huge amounts of debris into space. Such discoveries raise the possibility that life could spread from world to world by surviving long space trips aboard these meteorites.

Though the borders of life seem to be expanding, don't get too excited just yet. You still need to keep your spacesuit on during your outer space outings.