How Old Is The Surface Of Mercury? 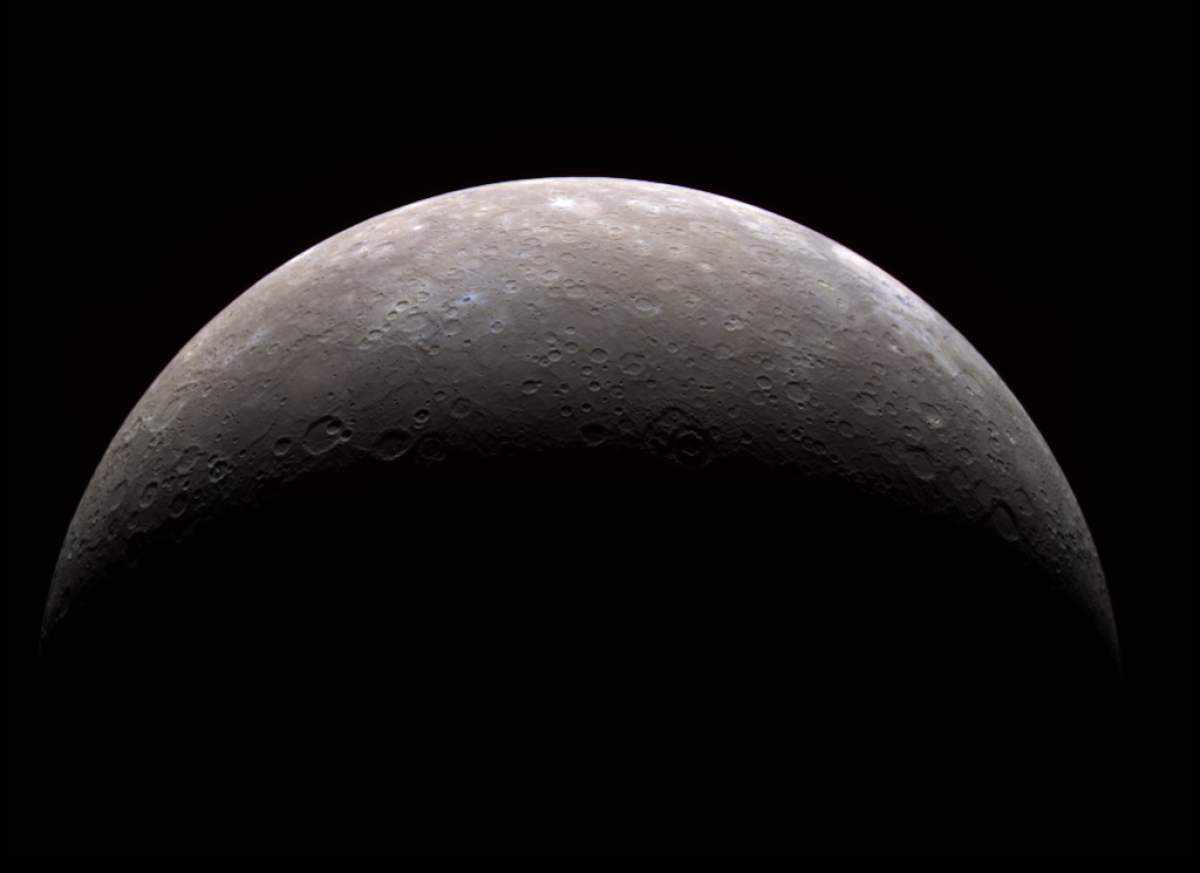 In 2011, the Mercury Surface, Space Environment, GEochemistry, and Ranging (MESSENGER) spacecraft became the first ever to orbit the sun's closest neighbor. Its mission is ongoing.

It has already mapped the entire surface of the planet at high resolution for the first time.

Using data from MESSENGER, a team of researchers led by Simone Marchi at NASA's Lunar Science Institute in Boulder, Colo., have estimated the age of the oldest terrains on Mercury. Their work was published in the July 4 issue of the journal Nature.

The Craters Of Mercury

At about 40 percent of the Earth's diameter, Mercury is the smallest of our solar system's four terrestrial planets. Its unusually high density implies that a metal rich core occupies at least 60 percent of its mass.

Like many celestial bodies with negligible atmospheres, Mercury is heavily pockmarked by impact craters that formed when meteoroids, asteroids and comets slammed into the planet at extremely high speeds.

The oldest regions of Mercury's surface are set apart from younger regions by their high density of craters. (The thinking is that, while smoother areas were subjected to the same bombardment, volcanic eruptions and lava flows have erased the evidence.)

Using this criteria, Marchi's team identified a large swath of territory in Mercury's northern hemisphere and a smaller region in the southern hemisphere as the geologically oldest terrains on the planet.

Clues From The Moon

The history of cratering is better understood for Earth's moon than for any other celestial object. This is because crater counts have been supplemented by measuring the absolute ages of samples returned to Earth by the Apollo astronauts.

The Apollo data indicate that a cataclysm called the Late Heavy Bombardment (LHB) befell the moon between 4.1 and 3.8 billion years ago. It is thought that most of the moon's craters were formed during this period.

The oldest rocks on Earth are 3.8 billion years old, a possible indication that the entire crust of our planet was melted by the LHB.

The Oldest Lands Of Mercury

Compensating for the different mass, orbital velocity and location of Mercury, the Marchi team estimated that Mercury should have been hit by three times as many impactors as the moon.

With suitable corrections, they then used lunar cratering models to estimate the absolute ages of Mercury's oldest terrains.

The team concluded that Mercury's oldest surfaces are 4 to 4.1 billion years old, thus dating to the early days of the LHB. Volcanic activity persisted for 300 to 400 million years after the emplacement of these oldest terrains, reducing the surviving crater count in affected areas.

Since the impact cataclysm that rocked its primordial past, however, airless Mercury appears to have remained geologically quiescent.