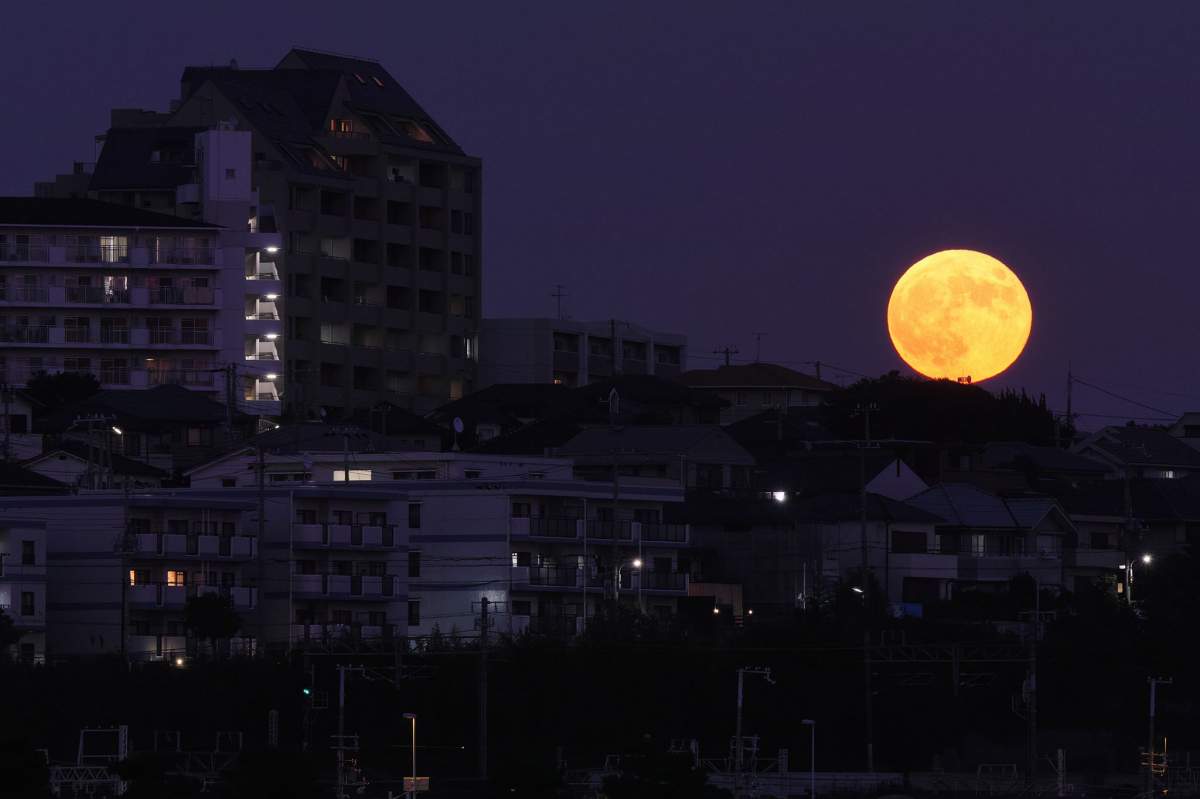 On the 3rd of December 2017, the moon was what is colloquially called a supermoon.

A supermoon occurs when it falls in the range of 90% to 100% full. The moon also has to be in perigee, its closest point to the Earth.

NASA, which as of this writing doesn't use supermoon as an official term, says this on their page about them: The name "supermoon" was coined by an astrologer in 1979 and is often used by the media today to describe what astronomers would call a perigean (pear-ih-jee-un) full moon: a full moon occurring near or at the time when the Moon is at its closest point in its orbit around Earth. The term gives preference to the geometric alignment of Sun-Earth-Moon and allows the occurrence of perigee into a wider time period than the actual instant of perigee (up to about two weeks, which is almost half of the Moonâ€˜s orbit)."

Not A Perfect Circle

Remember, the moon's orbit around the Earth is not a perfect circle. Each month, it reaches apogee, its farthest point, and perigee.

Part of our perception of how big and bright the moon appears depends on these movements. It's why the December 3rd supermoon looked close to "14% bigger and 30% brighter." The moon actually was closer.

One of the most interesting things about the moon is the space between how it actually is and how we perceive it to be. For example, what we call moonlight isn't actually generated by the moon. It's sunlight illuminating the moon in our sky.

And consider what the moons looks like when it's rising versus how it looks when it's fully risen up in the sky. On the horizon, it can look almost uncomfortably large as it looms between building tops and tree leaves. When it's up in the sky, it looks so much smaller: remote and beautiful.

That phenomenon of the moon looking bigger when it's close to the horizon is called "the moon illusion" (some sources have it listed as "the moon illusion effect"). One theory for why this is happens is your eyes are used to how the size of objects can shift based upon distance.

So, an example is a plane on the ground, a plane flying low, and a plane up in the air, all look completely different size-wise to you, an observer on the ground. Your eyes and thus your brain's frame of reference is, most of the time, something has to have moved distance-wise from me, and that's why it looks different.

So, it's been easy for some to assume that what we're seeing is based upon the moon's actual movements. But that's not really the case.

There have been many other theories about why this happens. (If you're interested in more of the theories, the article by Nadia Drake linked below is a good place to start) But no one has a definitive explanation for why we perceive the moon as we do. But because the supermoon is actually bigger, there are times when one is rising that it can accentuate the moon illusion effect.

If you missed this month's supermoon, don't worry, January 2018 is a rare double supermoon month. On January 1st, you'll be able to see a supermoon like the one described above.

The second supermoon on January 31st is even more interesting. First, it's considered a blue moon which is a nickname, not a term that comes from folklore like some people claim, but another one like supermoon that spread from an astrologer. A common definition for a blue moon is a second full moon that occurs in a month.

Even cooler is it's a supermoon that occurs during a lunar eclipse. Moons during a lunar eclipse are often called blood moons because of their brownish-red appearance. While not everyone will be able to see the full eclipse, and there will be different viewing times depending on which part of the world you're in, a supermoon that is also a blood moon and is also a blue moon isÂ not a common skywatching event.