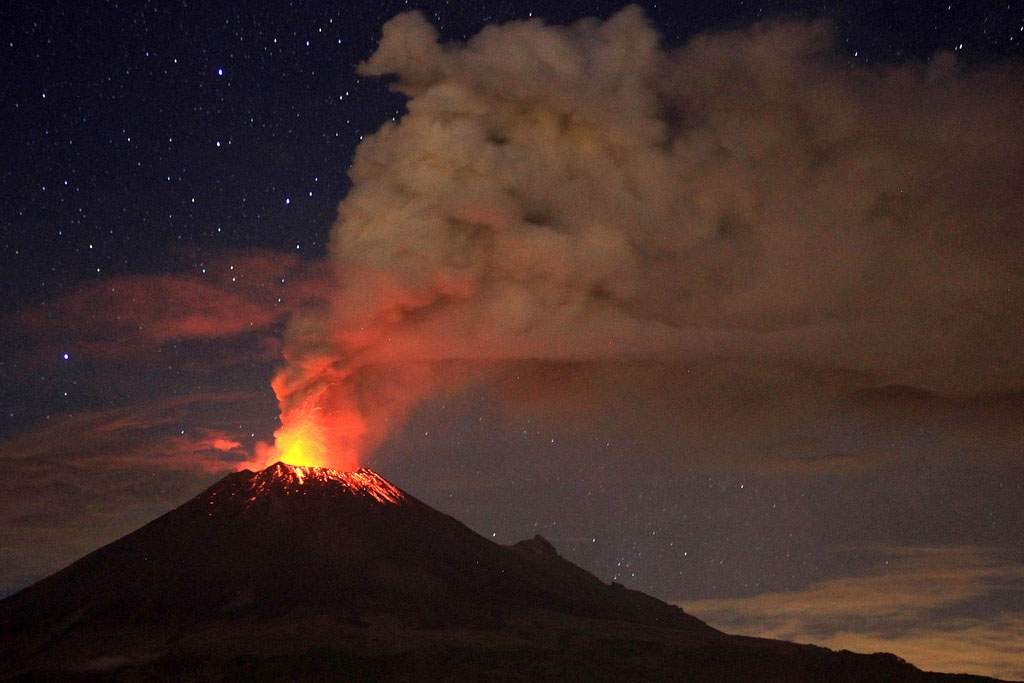 Volcanoes are one of the most powerful forces on the planet. When one erupts, it releases a huge amount of energy in the form of intense heat. Scientists working in Iceland are exploring how we could harness some of that geothermal energy and turn it into electricity.

In January 2017, researchers working with the Iceland Deep Drilling Project completed a well that goes down nearly three miles, into the Reykjanes geothermal field. The field sits on top of a magma chamber that has been dormant for around 700 years.

The well does not actually penetrate into the chamber. But it does hit rock surrounding the chamber. The rock is about 800 degrees Fahrenheit.

The idea is to take advantage of that sort of extreme heat by pouring water into wells drilled near volcanoes and use the resulting steam to spin turbines to generate electricity.

Actually, "steam" isn't exactly the right word. When water is at a high enough temperature, it transforms into what is called "supercritical water", meaning a state that is neither a liquid nor a gas but is a denser, higherâ€‘energy fluid.

More research is necessary to learn what it would take to tap volcanoes to produce electricity on a large scale. But the potential is certainly intriguing.

Thank you to Wilfred Elders of the University of California, Riverside for reviewing this episode!