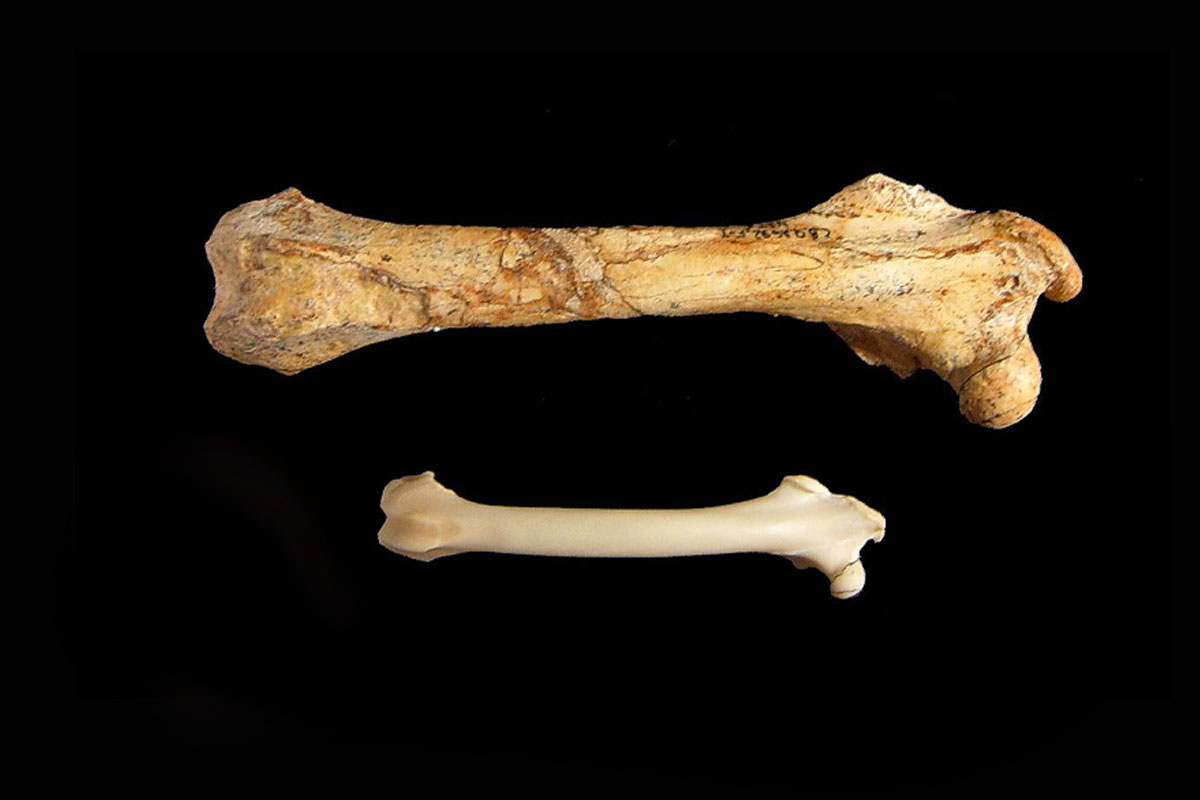 It's a bird, it's a plane, it's able to leap tall buildings in a single bound. It's Nuralagus rex!

Five million year old rabbit fossils found on the island of Minorca weren't from a rabbit large enough to jump over buildings, but they were six times the size of today's rabbits.Â At over a foot and a half in height and 26 pounds, the super rabbit outweighed not only modern rabbits, but other rabbit relatives like hares and pikas as well.

Scientists say Nuralagus is a good example of how species trapped on islands can evolve in unusual directions. Sometimes large species become smaller over time. Dwarf elephant fossils have been found on Mediterranean islands, and dwarf mammoths on the Channel Islands.Â In other cases, small species like rabbits may become supersized. On Minorca, scientists also found a larger than normal land tortoise and dormouse.

Scientists believe the Minorca rabbits might have evolved into such a large species because there were no mammal predators on the island. Without predatory pressure to keep them ready for speedy escapes, Nuralagus rabbits grew larger and less agile. Their short, stiff spines suggest they were basically a couchâ€‘potato species, walking instead of hopping.

Nuralagus was also different from modern rabbits in that it had a small brain compared to its body size and skimpy eyes. It probably didn't even have long bunny ears.Â But Nuralagus did have paws adapted for digging. At 26, it needed lots of food, but scientists have yet to discover giant carrot fossils.