Sunkissed: Why Do We Have More Freckles During The Summer? 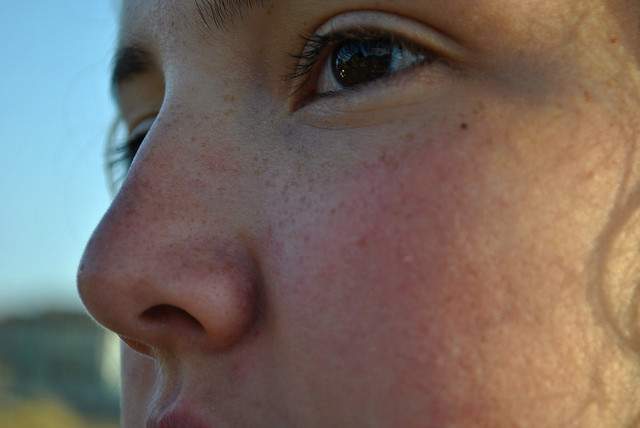 Summer is in full swing for much of the northern hemisphere, and as we spend more of our days basking in the sunâ€˜s rays, some of us may have noticed something in addition to tanner skin: freckles!

For some, the freckles seem to have appeared out of nowhere. For others, freckles that were there before have darkened and multiplied. Why does this phenomenon occur, and can we do anything about it?

What Are Freckles Made Of?

Freckles are predominantly found on the face and other areas of the body frequently exposed to the sun's rays. Also known as an "ephelis," a freckle is a cluster of concentrated melanin.

Melanin a brown pigment that protects skin tissue against sun damage by absorbing UV radiation and releasing it as heat is also the pigment that gives our hair and eyes their color.

The amount of freckles a person has depends on the function of the MC1R gene. This gene gives instructions to make the melanocortin 1 receptor, a protein located on the surface of melanocytes cells that make melanin.

Normal variations in the MC1R gene can alter a person's skin and hair pigmentation, but other variations can increase the risk of some health conditions, such as melanoma.

Genetic factors determine the amount of freckles a person can have, but environmental factors can activate the genes that induce melanin production.

During the summer, sunlight hits the Earth at a steeper angle, so UV radiation is more concentrated. The increased amount of UV exposure on the skin triggers this natural defense mechanism.

To minimize freckle formation during the summer, try applying broad-spectrum sunscreen, which mimics the effects of melanin production. Its active ingredients can absorb and dissipate high-energy UV rays, thereby reducing the need for extra melanin.

But other than that, freckles are a mostly harmless indication of warmer and longer days.