Could Our Sun Turn Deadly? 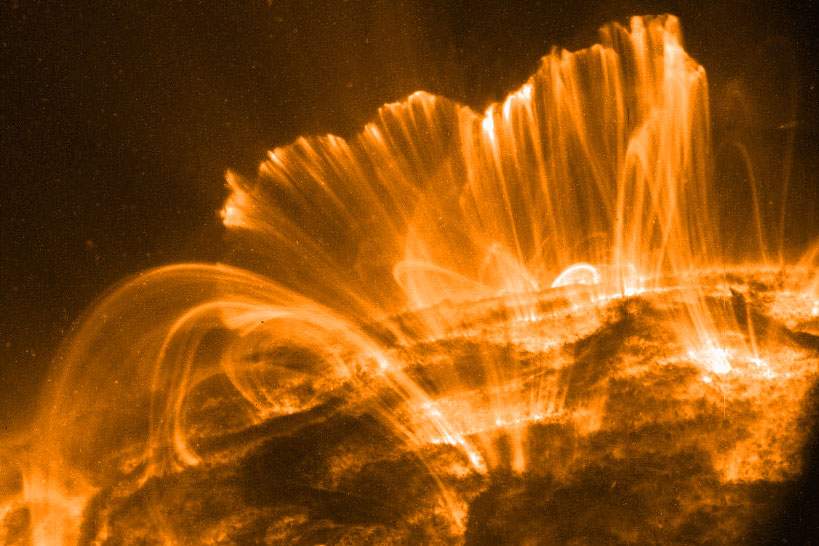 It may sound far-fetched, but humanity faces a major potential danger: someday, there might be a gigantic explosion on the sun.

Actually, there are gigantic explosions on the sun all the time called solar flares. They do send powerful bursts of radiation into space, but normally the Earth's atmosphere protects us. In fact, we get a special treat: The radiation produces beautiful shimmering lights in the sky called an aurora. The worst solar flares can inconvenience us by disrupting the GPS system, radio communications, and power grids, but they are only dangerous to astronauts in space.

However, astronomers have observed that some stars similar to the sun produce superflares as much as ten thousand times more powerful than any solar flare seen during the space age. A superflare could have devastating consequences for all of our electronic devices, destroy the Earth's ozone layer, and jeopardize the planet's ability to sustain life.

In 2016, a team of European and Chinese astronomers reported that superflares on other stars may be produced by the same mechanisms that produce ordinary flares on our sun. They found that most stars that superflare have more powerful magnetic fields than our sun. Still, stars with magnetic fields no more powerful than our sun occasionally do produce superflares, and that might mean that our sun could too.

Fortunately, stars precisely like the sun in rotation rate and temperature rarely superflare, so at least for now, there's no need to worry.