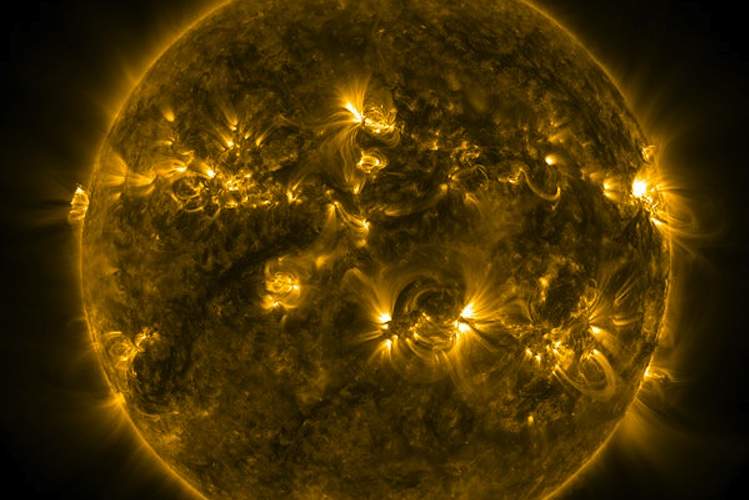 You've probably heard about hydrogen being used as an alternative fuel. Not only is it the most abundant element in the universe, it also burns super-clean. No carbon dioxide, no carbon monoxide: just good old fashioned H2O.

Despite its abundance, hydrogen is actually a fairly tricky element to capture on its own. This is because it likes to bond with other elements like oxygen as in the case of water. Unfortunately, though, separating hydrogen from oxygen takes lots of energy, and this energy tends to come from dirty fossil fuels.

A Little Help From Our Friend, The Sun

In fact, scientists at the University of Colorado, Boulder may have come up with a sustainable way to generate the energy necessary to extract and isolate hydrogen for H20. While it's just an idea at the moment, it's an idea that seems to, well, hold water.

Instead of burning fossil fuels, the plan is to harness the power of the sun by using thousands of mirrors to concentrate solar radiation on a chemical reactor that's perched atop a tower.

When concentrated sunlight heats the reactor to around 2500 degrees Fahrenheit, the metal oxides inside of it will release oxygen atoms, which will bond to molecules from water, leaving pure hydrogen behind.