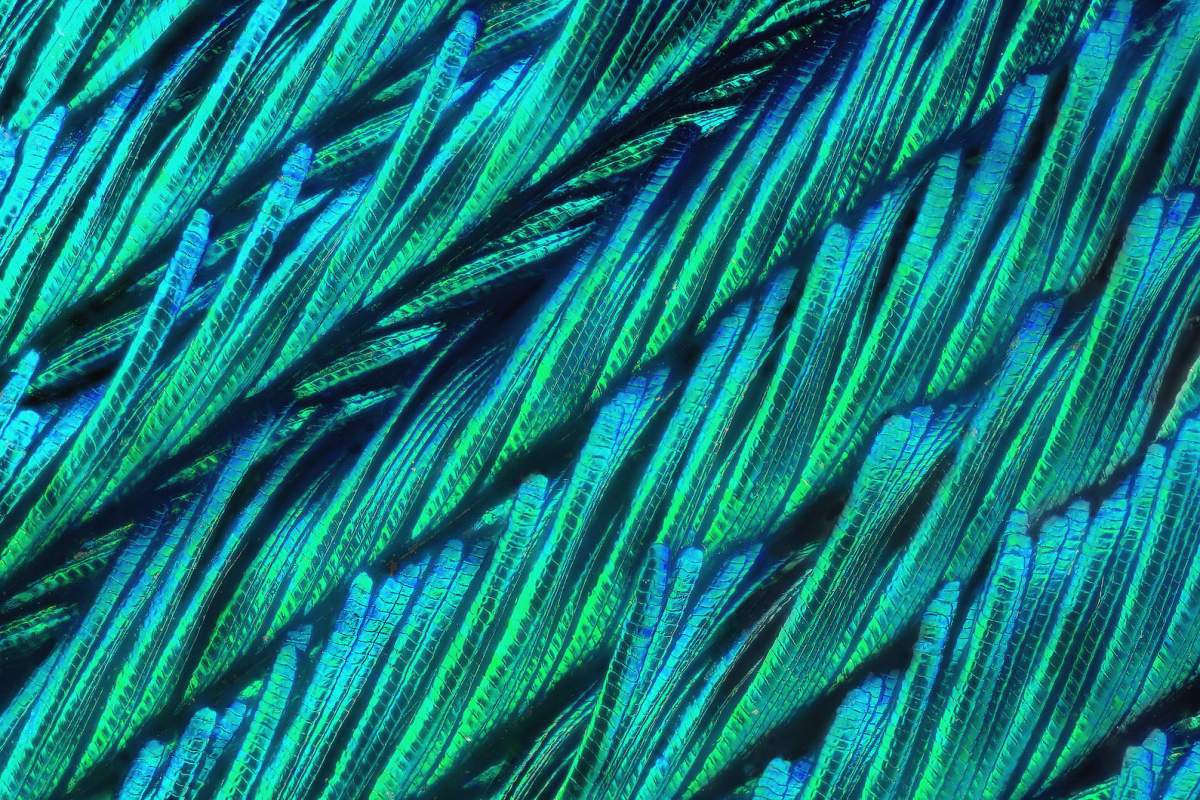 In most of the clothes you wear, the screens you stare into, and pretty much everything else around you day to day, the various colors you see are created with dye-based pigments.

But the heavy dyes used to make colorful cloth and other items tend to fade over time. Plus, the dyes can leach into the water system and cause pollution.

So, scientists at the University of Akron, in Ohio, are experimenting with an alternative way to produce colors, using something called structural color. Structural color is found in nature and is produced when light hits microscopic nanostructures on things such as peacock tail feathers.

If youâ€˜ve ever seen a peacock up close, you know those colors are bright and vibrant. But theyâ€˜re also iridescent, meaning that they change color when seen from different angles.

"When you look at an object from different angles and it appears to change color, that's an example of iridescence."

Which would not be great for TV screens or computer monitors. Or clothing, for that matter.

But in some cases, nature has found ways of reducing iridescence. For example, the blue hairs that cover some tarantulas are covered with flower-shaped nanostructures that limit iridescence.

So, the scientists have re-created that tarantula hair structure to produce a non-iridescent color. The method can theoretically be used to create any color.

Colors created using this method are not only noniridescent. They also donâ€˜t fade, keeping their vibrancy over time.

Pretty soon, you may be staring into TV, computer, and phone screens brought to colorful life by science inspired by tarantula hairs!

Thank you to Bill Hsiung of the University of Akron for reviewing this episode's script.