How Was The Stethoscope Invented? 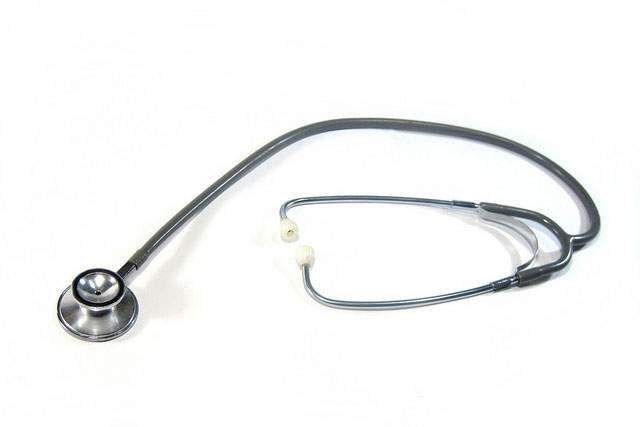 In the early 1800s, a French physician named René Laennec had a dilemma. He needed to listen to the heart sounds of a young woman with signs of heart disease. But the only method of listening to heart sounds known to Western medicine at the time was simply to press an ear to the patient's chest. Laennec just couldn't bring himself to get that close and personal with this ample young woman.

How could he make a diagnosis?

The story goes that Laennec grabbed a piece of paper and rolled it into a cylinder. With the cylinder between his ear and the young woman's chest, Laennec saved himself and his patient from embarrassment. But he was also surprised to find that the heart sounds conducted through the cylinder were louder and clearer than he'd ever heard before.

Laennec named his invention the stethoscope, from the Greek words for "chest" and "to view," because it opened a new window into what was happening in the heart and lungs.

After experimenting with different materials, Laennec decided that wood cylinders conducted sound best. He spent the rest of his life interpreting heart and lung sounds, conducting autopsies when possible to confirm the diagnoses he'd made by sound.

Although the stethoscope revolutionized Western medicine, it met with great resistance at first. In the 1820s, many physicians felt that listening through the cylinder would be too time consuming, inconvenient, and well, even silly! But soon the value of Laennec's modest invention became clear. And today, the stethoscope is a nearly universal symbol of medicine and health care.