Staring At The Sun: Watch The Sky On Tuesday, June 5th! 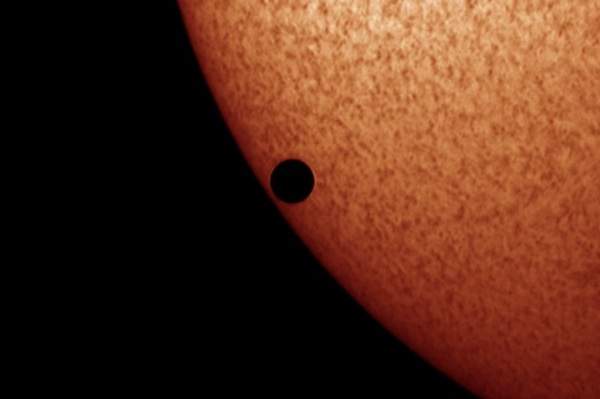 A total solar eclipse happens when the moon passes directly between us and the sun, momentarily blocking all but the latter's wispy corona.

Because of the relative sizes and orientations of the three bodies involved, it's pretty rare for any given terrestrial location to experience one. (This is why serious and monied eclipse fanatics crisscross the globe chasing umbras.)

But there's an even rarer syzygy happening this next month, one that won't happen again until we're all dead and gone.

Since Mercury and Venus are both 'inferior planets' meaning they orbit closer to the sun than earth does they too can produce eclipses of sorts when they come into proper alignment.

Rather than covering up the entirety of the solar disk, however, they appear as small black dots wandering across the sun's surface.

Astronomers call these spectacles planetary transits, and Venus will be putting on just such a show one week from today on Tuesday, June 5.

The first thing to keep in mind is obvious: Gazing directly into the biggest and brightest object in the solar system without proper eye protection is dangerous. Solar viewing glasses are cheaply and easily obtained online. Get yourself a pair.

You'll also want to figure out when the best time of the day for watching the transit is based on your location. The NASA page linked to below has more detailed information and a very helpful map.

If you're lucky enough to have some magnification, watch for the black drop effect.

Hopefully it won't be cloudy.