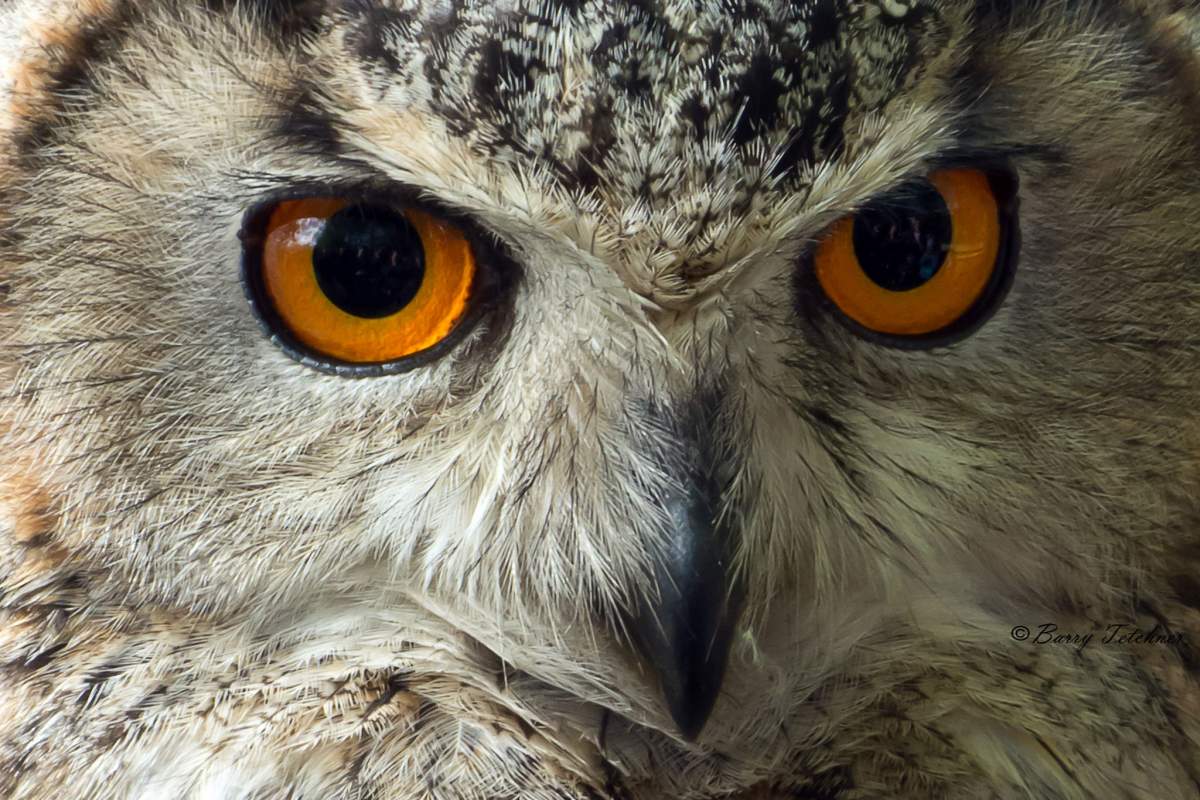 Ask any gradeschooler to imitate an owl and you'll probably get at least one of the following responses: giant, staring eyes, hooting, or that amazingly swivel-prone neck. As it turns out, two of those characteristic features, the eyes and swiveling neck, are related; they're part of an overall system owls have for catching prey.

To understand the connection, remember that most owls are nocturnal birds: they hunt for food at twilight and in the dark. Food for an owl, depending on the species, may be something as large as a rabbit or as small and hard to see as a field mouse or beetle. Not only is this kind of meal difficult to spot, it also has a tendency to bolt away quickly at the slightest sound.

Adaptations of the eyes and neck

Owls overcomes these difficulties by having evolved a visual system that works even at great distances and in low light. This is partly the result of having large eyes that are set on a relatively flat face, thus increasing binocular vision (being able to see an object with both eyes at the same time).

Those eyes are shaped less like balls, but more like long tubes. Because of the skeletal structure holding those tubes in, owls can only look straight ahead. Their total visual field is reduced because of this. At any given time, it can only see about 110 degrees. In comparison, the average person has a visual field of 180 degrees.

To compensate for that, without the noise that would be caused by actually getting up and moving, owls have extremely rotatable necks. Their super-flexible spines, allows them to scan side to side, increasing their field of vision to approximately 270 degrees horizontally.

Yes, unlike the popular misconception, owls can't turn their heads 360 degrees. But they have evolved to have double the amount of neck vertebrae humans have, as well as a special arrangement of jugular veins. The vein arrangements allow this rotation without causing owls to damage the veins or suffer a loss of blood flow to their brains.