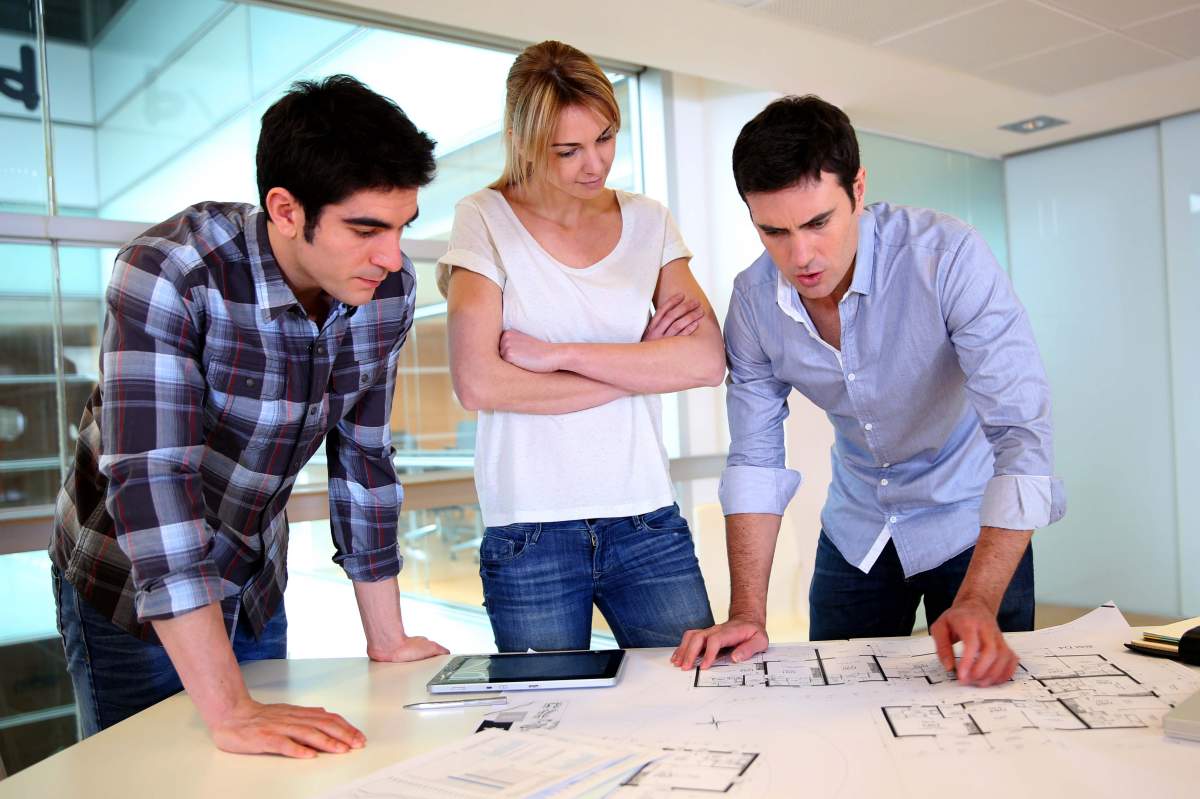 Many studies have found that sitting for long stretches is detrimental to health. Taking frequent breaks to walk around during work, or standing up while working instead of sitting at a desk, researchers say, can be beneficial.

Plus, standing during meetings may help boost creativity and make people more collaborative, according to at least one study.

The researchers measured the groups' creativity and willingness to collaborate in several ways. First, the participants wore sensors to measure levels of engagement by sensing moisture produced by specific sweat glands. The more engaged the participants were, the more moisture they produced.

Second, the participants did a post-activity survey about how territorial group members were about their ideas. Finally, one group of research assistants watched the teams at work and scored how collaborative they were, while another group evaluated the creativity of the videos.

Stay On Your Toes

The groups that stood were found to be more engaged and collaborative and less territorial than groups that sat.

Now, the meetings were relatively short, lasting only 30 minutes. And the groups met only once. So it's not clear if or how well standing may sharpen creativity and collaboration in an actual workplace where meetings may be longer and more frequent.

But more research may prove that standing up while doing work tasks may help one do a stand-up job!