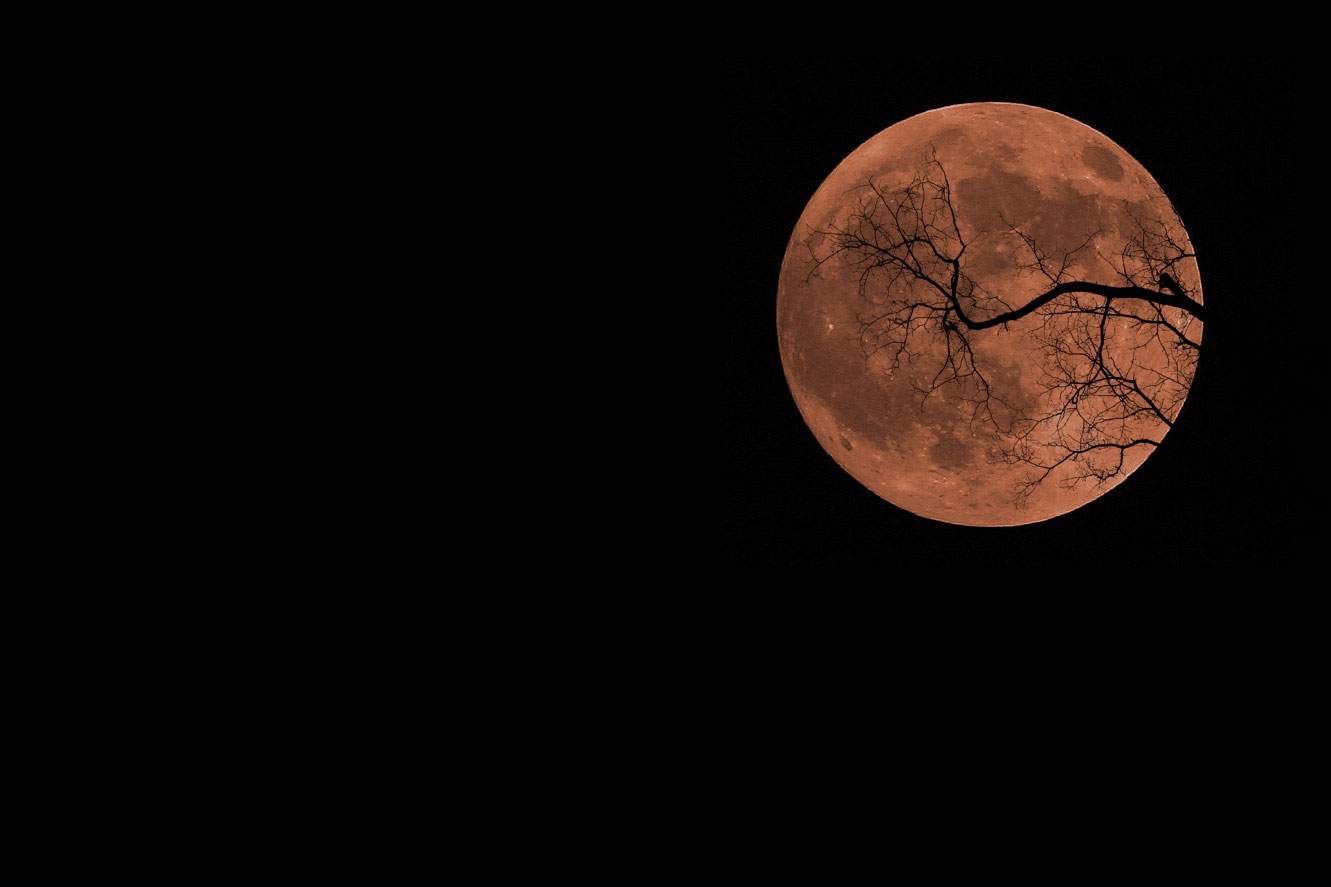 OK, this is my last post about the moon â€“ at least for a while! We have covered brightness and size in two previous posts; the last thing that is often associated with full moons around the Halloween season is a spooky orange color (see spooky picture above).

Now, smoke from a large fire or other pollutants can make the moon look orange; but even if our air was pristine, we would still see an orange moon sometimes.

Is This Another Illusion?

Just like with the moon illusion, the color of the moon is the result of its position in the sky. But unlike the optical illusion that only makes a moon on the horizon seem larger, the orange color of the moon is (mostly) a physical effect. It is the same effect that causes the rising and setting sun to also look orange or red.

Now of course our sun, out there in the middle of our solar system, is not changing colors. The effect is caused by something that is between the sun and us â€“ the Earth's atmosphere.

The Light-Scattering Effect Of the Atmosphere

If you remember your high school physics class, you might remember that you learned that light travels in waves and that white light is made up of a spectrum of colors. These different colors of light are the result of different wave properties such as frequency and wavelength.

When white light reaches the Earth's atmosphere, some of the light is scattered by air molecules. The light with shorter wavelengths (violet and blue) are more easily scattered by these molecules, making the sky look blue. The light with the longer wavelengths like red get through intact, so we are seeing just a part of the spectrum of the light given off by the sun or reflected by the moon.

Since light coming from celestial bodies has to travel through more atmosphere when seen from the horizon, there is more chance for light to scatter. This means that we are seeing a narrower range of the visible light spectrum when viewing light coming from objects lower in they sky. So when the moon looks red or orange the light has moved through enough atmospheric particles to scatter away the blue, green, and yellow light - leaving the light with the longest wavelengths (orange and red).

Wait, wait! You might say. Now why is the sky blue instead of violet? After all, violet light has a shorter wavelength than blue light so it is the part of the visible light spectrum that molecules in the atmosphere would most thoroughly scatter. To answer this question we must turn to human physiology.