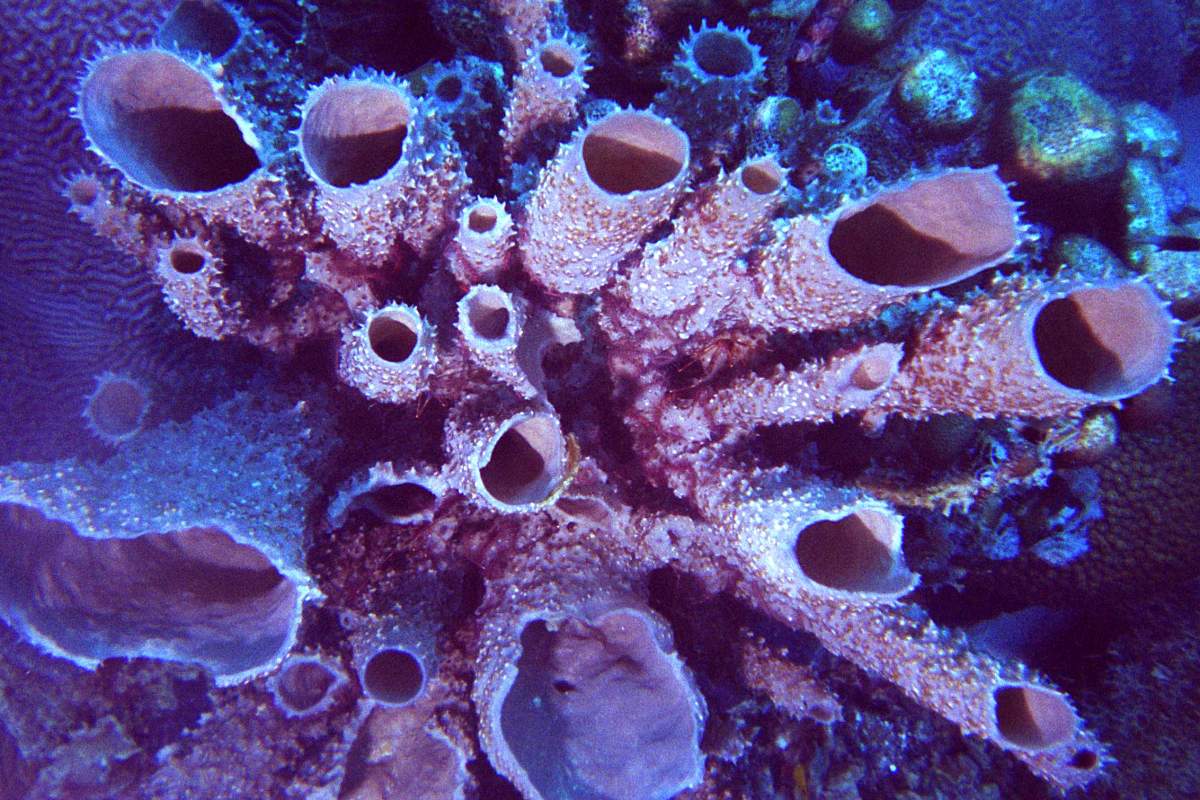 Would you like to hear about an animal stranger than most science fiction aliens?

No, not kitchen spongesÂ (thoughÂ cleaning and bath sponges were originally made from their flexible protein skeletons).

Sponges are simple aquatic animals. Their bodies are like balloons full of jelly. The "balloon" is made of layers of cells. Others cells inhabit the jelly and produce its skeleton.

Adult sponges are anchored in place and don't move. But their larvae move by swimming or crawling. Plants feed by capturing solar energy in the process of photosynthesis. Sponges can't do this, although a few species host cyanobacteria that can.

If they don't move or photosynthesize, how do they feed themselves? Sponges eat by pumping water through the hollow canals of their porous bodies, using microscopic beating hairs on special collar cells lining the canals. The flow carries particles of food, and oxygen too, into the sponge to be captured by its cells.

Like other animals sponges produce sperm, which can fertilize egg cells in another individual. But, each sponge can function as both a male and a female.