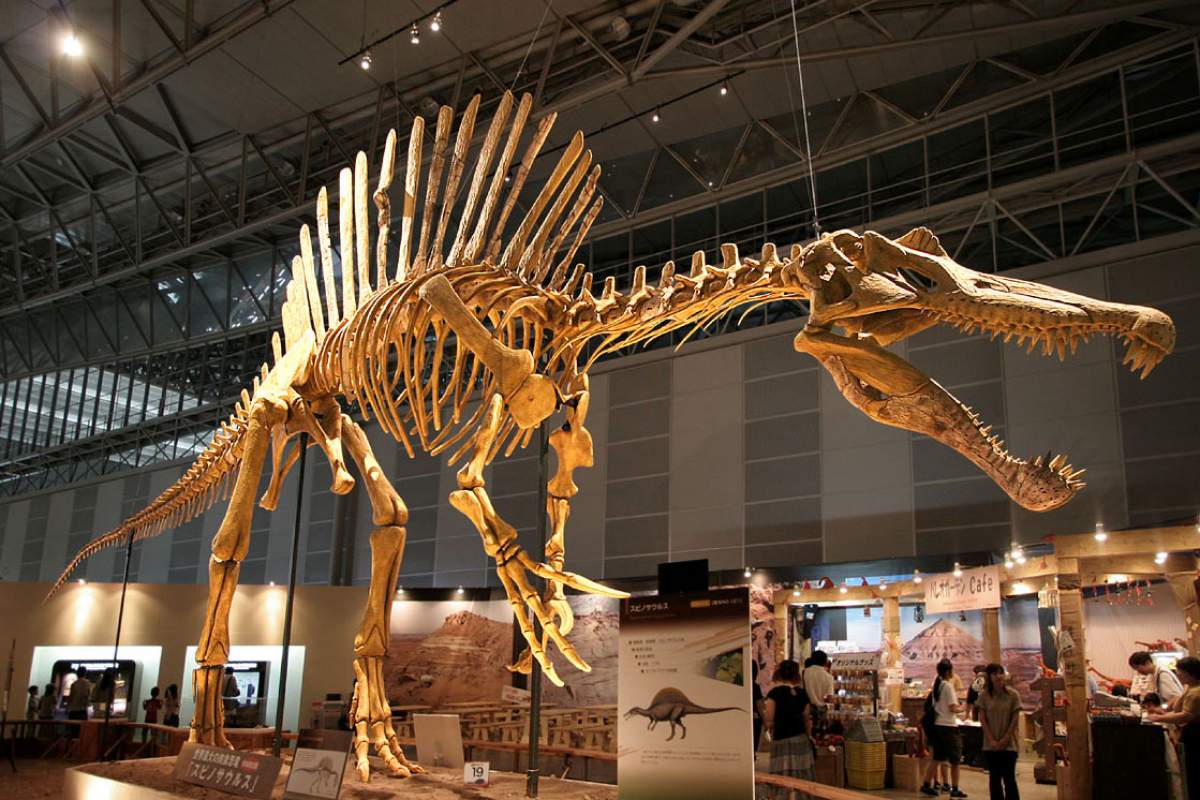 During expeditions to the Egyptian Sahara between 1910 and 1914, the German paleontologist Ernst Stromer discovered something amazing; two partial skeletons of a huge new species of dinosaur. Bony spines supported a sailâ€‘like crest along the carnivore's back. Stromer named it Spinosaurus.

His specimens found a home at a museum in Munich. When World War II broke out, Stromer tried desperately to move them to safety. Because he had criticized the Nazi regime, the museum director refused to help. Allied bombing destroyed the only specimens of Spinosaurus, and the dinosaur was largely forgotten outside Germany.

In 2014 an international team of paleontologists published findings on a new specimen of Spinosaurus, discovered in Egypt a century after Stromer's expedition.

To reconstruct the giant dinosaur, the team used 21st-century tools. They scanned the fossil bones with computed tomography, and recreated the skeleton digitally. They estimate the dinosaur weighed 22Â tons, and was 50Â feet long, making it Earth's largest known carnivore.

Long Gone, But Not Forgotten

Unlike Tyrannosaurus, it walked on all four legs. More surprisingly, the scientists found that the proportions of the dinosaur's limbs were adapted for swimming. Although paleontologists knew of other kinds of prehistoric reptiles that could swim, this was the first proof that a dinosaur could.

Pits in Spinosaurus's snout bones bore a strong resemblance to similar pits in modern crocodiles. The crocodile pits house pressure sensors that detect moving prey in water. Spinosaurus appears to have led a semi-aquatic life, walking on land and swimming in rivers where it hunted for its prey.

Stromer's dinosaur is forgotten no more.

"Mister Bigâ€‘ Move Over, T. Rex:Â The Biggest, Baddest Carnivore To Ever Walk The Earth Is Spinosaurus" (National Geographic)

"The Cretaceous Period" (University of California Museum of Paleontology)