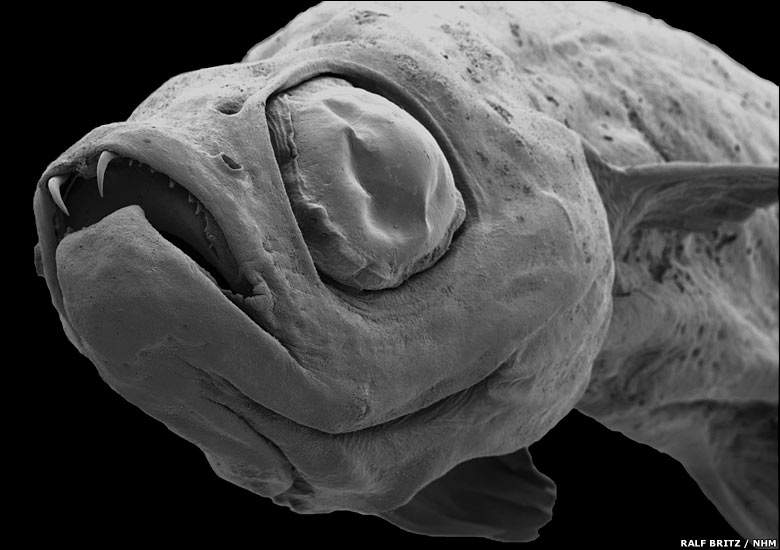 An international committee of taxonomists compiled a list of the most surprising and peculiar new species discovered in 2009.

I hope you don't run into any of these guys when you're out for trick-or-treat... They are pretty cool to read about though!