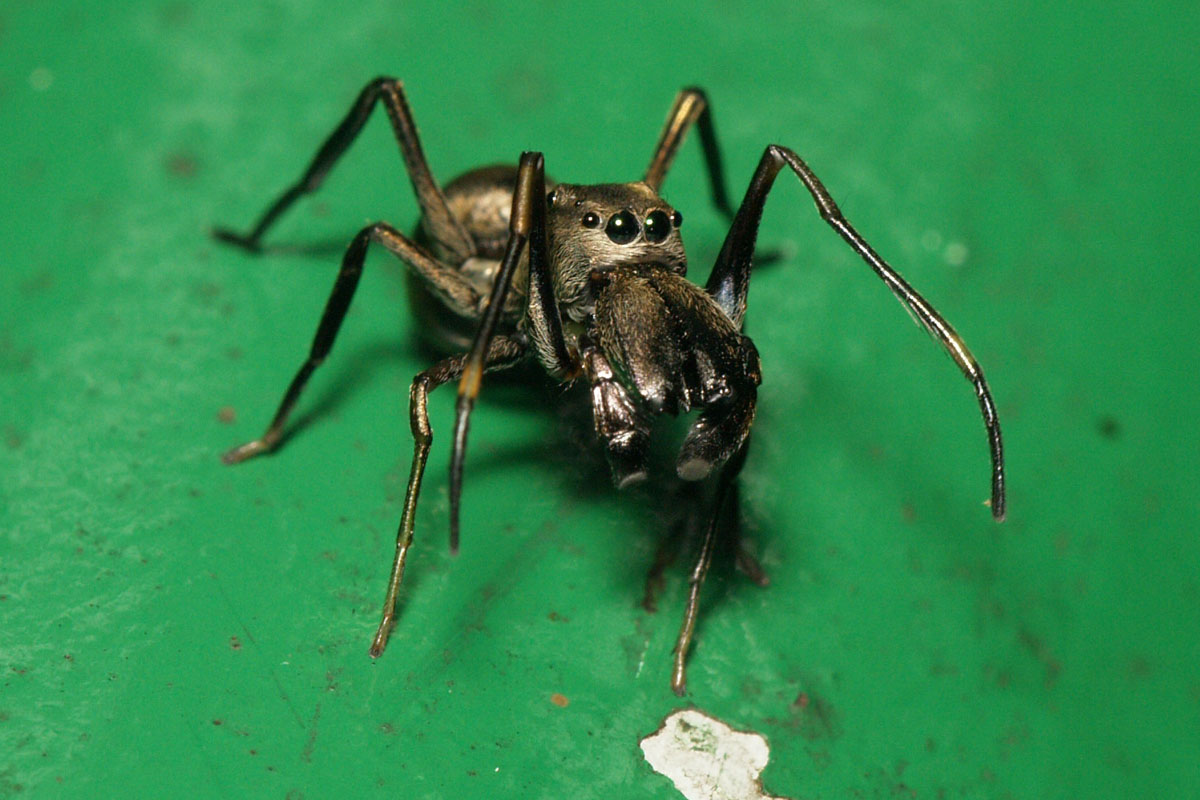 You might think that only animals like cows and human beings produce milk to feed their babies, but animals besides mammals also feed their young this way.

Some insects and spiders produce a milk-like substance to feed offspring. As disturbing as it is to think about, even cockroaches can make milk.

In 2018 a team of Chinese scientists discovered a species of jumping spider that secretes milk to feed its offspring. The milk has four times as much protein as cow's milk. The spiders are more like mammals than cockroaches, because they give milk to their offspring over a prolonged period of parental care.

When the baby spiderlings first hatch, they completely depend on their mother's milk for nourishment. She secretes droplets of the milk onto the walls of the nest for them.

After about the first week of their lives, the babies start to suck milk directly from their mother's body, much like a mammal would nurse.Â The researchers could watch under the microscope as the milk droplets leaked from the mother's body during this feeding.

The researchers know that the babies depended on the fluid, because if they blocked the mother's milk opening, the babies died.

The young spiders start leaving the nest to forage at about 20 days of age.Â But they also continue to drink their mother's milk until they are about 40 days old and almost sexually mature.